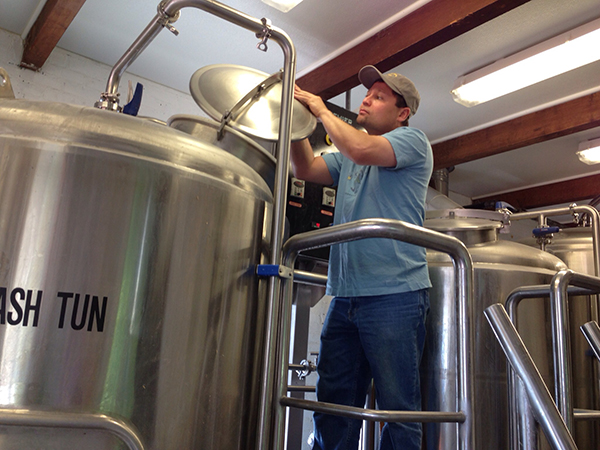 A long time ago in a brewery far, far away…

It is a period of civil smackdown.

A coterie of Wookiees were barbarically shaved, sillyslapped, strangled, suffocated, and shoved into whiskey barrels from Heaven Hill Distilleries.

There were no survivors.

The culprit(s) is unknown, but Michael Philbrick, commander of The Starboard Oatmeal Stoutship, has hired a homebrewing mercenary to avenge the deplorable megadeath.

This individual is an adept artisan, and Master of ‘Imperial Force’…

Michael Philbrick, owner and brewmaster of Port Jeff Brewing Company, will “always make time to fit a special beer into the schedule.” After creating Carolina Common with Foothills Brewing‘s M. David Gonzalez in July, Port Jeff brewed a house-exclusive brown ale, Studio 56, for Smithtown’s Tap and Barrel in August. The latest “special beer,” however, is bolder than both.

Imperial Force is a whiskey barrel-aged collaboration with Bob Rodriguez, a homebrewer from Lake Ronkonkoma. The beer, described by Rodriguez as a “robust porter on steroids with well-balanced malt and hops, plus subtle notes of coffee and chocolate,” was birthed for Brewer’s East End Revival‘s 17th Annual Brew-Off on May 18. The amateur competition was judged by Philbrick, with Port Jeff commissioned to commercially brew the winning recipe. He selected Rodriguez’s creation, which matured within a whiskey barrel for one month, then bottles for two years, from a 258-entry pool. The beer was 14.5% ABV.

“It was incredibly smooth, with a perfect blend of beer and oak,” says Philbrick. “You could tell it was aged for a prolonged time, because it wasn’t boozy. The beer definitely mellowed.” 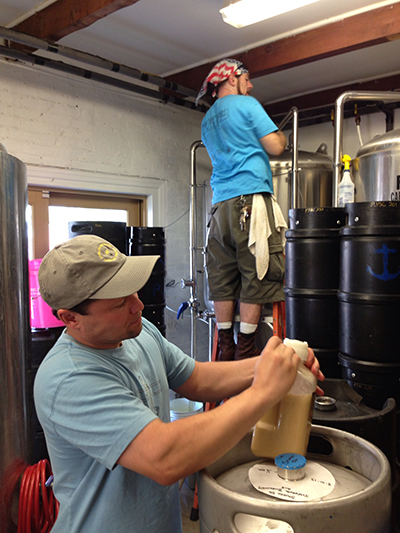 Rodriguez visited Port Jeff to beer-make on August 11. A homebrewer of five years, Rodriguez has garnered 27 awards for his recipes, including 7 at the Brew-Off. Imperial Force was his first barrel-aged attempt.

“I brainstormed about 10 months before I created the recipe,” says Rodriguez. “I tasted the beer along the way and some of my closest beer buddies thought I was crazy for holding on to it for two years. My soul, and ultimately my tongue, told me it wasn’t ready until the competition.”

Rodriguez obtained the whiskey barrel during a visit to Gardiner, New York’s Tuthilltown Spirits in 2010. Port Jeff is currently aging the commercial version, a seven-barrel batch, within a Heaven Hills Distilleries barrel, which is also used for the brewery’s transformation of Port Jeff Porter to Barrel-Aged Porter. Its release “may be a year or so from now, but the challenge is going to be waiting on it until it’s ready,” says Philbrick.

Imperial Force is not the first homebrewer-partnered release by Port Jeff. The brewery collaborated with Ghost Cat Brewing, an East Islip-based duo comprising Paul Mazziotti and Scott Pereira, in 2012.