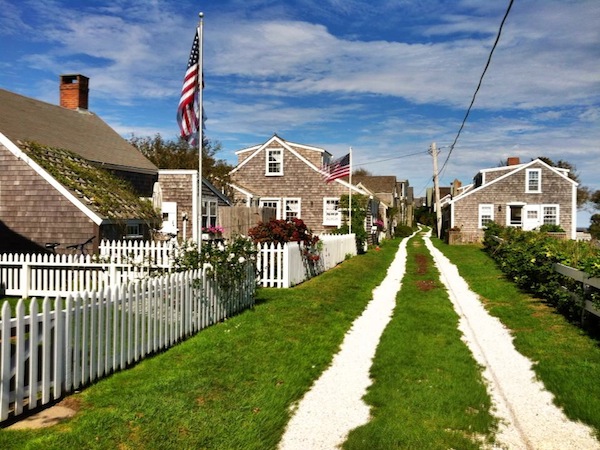 Getting away from it all is relative. When you land on a small island without fast food, nowhere to drive faster than 45 miles per hour, and little connection to the 24-hour broadcasts of worldly woes, you’re onto something. Taking the art of escape a step further, many Nantucket regulars favor Siasconset (commonly referred to as Sconset), a quieter, sunnier corner of the island known for quaint cottages overtaken by roses. Fans of this curve of the island avoid Nantucket’s “downtown” high-season like a Manhattanite despises midtown during rush hour. A classic home decorating hall-of-fame, this small 18th century village/arts community would win any gardening Olympics.

In contrast to the less intimate mansions that define other parts of the island, Sconset’s flora-ensconced bungalows all have cedar-shake shingles tinted blue by the salty wind. The cottages line narrow roads and pathways—a stroller’s paradise and a treat for your senses. The Colonial American perspective lingers here. Not only do locals still hang flags on gravestones on Memorial Day, but their steep New England accents also conjure up images of an earlier era when whalers battled pirates. Colonial Williamsburg, an olden Americana theme park in Virginia employing actors in character, should be peering over its shoulder at Nantucket—the real thing.

Barely a square mile, Sconset is the only other hamlet on the island with a market and other conveniences within walking distance. Surviving on other parts of the island requires a drive. In the 1800s, Sconset’s summer cottages were for the “city folks” from Nantucket’s business district, which is a few miles away. 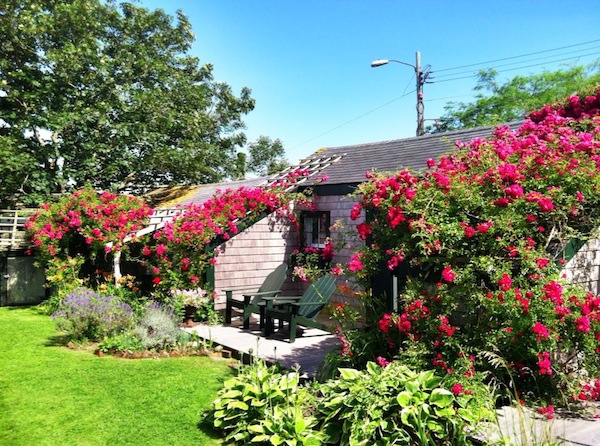 Visitors who want to make themselves at home in the area will find stylish accommodations in Sconset’s legendary Summer House Cottages. They keep it simple though with optional door padlocks, broken-in wood floors, and old-fashioned light switches (a relief from the complicated remote-control lighting that’s now common in upstart posh digs). The boutique rooms are plush without trying. An inviting courtyard with sitting areas is surrounded by 18 beautifully appointed rose-covered cottages that come in as many shapes and sizes. The cottages recall the area’s history as a collection of rustic fishing bungalows. 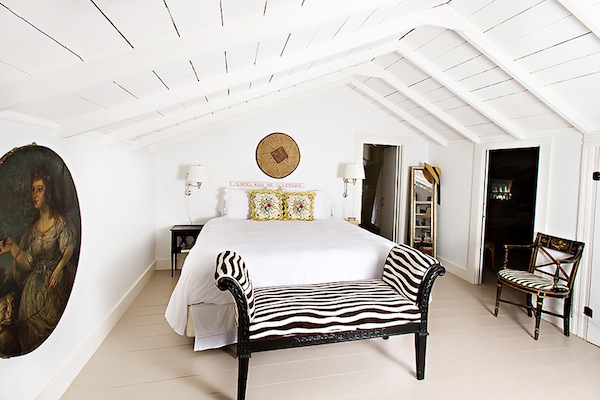 At the heart of the cottages is the main house, a multi-room refuge that serves as a bar, a living room, a breakfast buffet, and at night an old-style party room. There, after dining, guests surround a crooning piano player and sing and dance the night away. This enchanting haven also features The Summer House Restaurant, a timeless, homey setting where the seafood makes headlines. There’s no shortage of freshly ocean-caught anything, prosciutto-wrapped black mission figs, or the best clam chowder you’ll taste this year. Leave your watch, gadgets, and distractions behind.

Because people often make a place, Summer House’s owner, Danielle De Benidictus, raises personalized service to a new level. A renowned lawyer and one of the first female law partners in U.S. history, Danielle brought two Equal Rights Amendment cases to the Supreme Court in the early 1970s. Older, wiser, and mellower, she still carries the torch for justice. Her storied marriage adds another dimension to her knack for storytelling. Her husband, Peter Karlsen, is like having Cary Grant around to wryly balance her tales of fair dealing, island lore, and co-owning one of the niftiest archetypal resorts on the east coast. The couple once owned the “Aerosmith Building,” where the band of the same name lived in the early 80s as “aberrational tenants.” Peter has since happily made amends with Steven Tyler. Visiting musicians are fans of the Summer House, as Billy Joel and Carly Simon have also graced its piano bench. 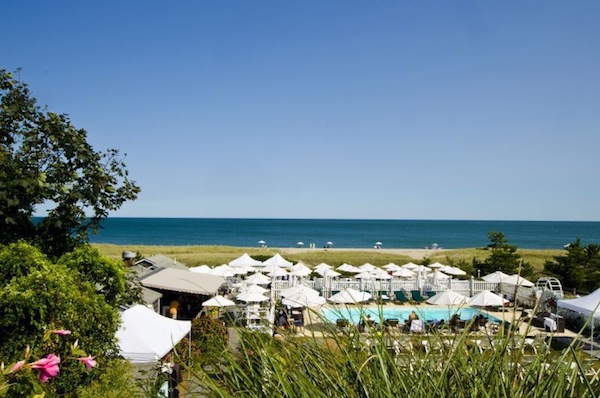 Just across the road and down 27 steps from The Summer House Cottages is the popular Beachside Bistro, where you can dine al fresco in Gatsby-mode, but wearing shorts and flip-flops. Danielle and Peter’s son, Chris Karlsen, dons many hats, triple-hitting as restaurant manager, hotelier, and the resort’s ambassador. Chris understands that nature comes first here—a venue serving crab cakes, lobster bisque, and other classics. The newly renovated bistro is sandwiched between the freshwater pool and an ocean overlook. The next eastbound stop is Portugal. White umbrellas shade 40 tables that are all surrounded by Mother Nature’s rugged oceanside glory. It’s the only establishment on this quiet stretch of beach, and it thrives among sea grass, piney brush, and rosehips.

I got the lowdown on Nantucket’s reputation as a Who’s Who summer-camp-for-the-elite between the Beachside Bistro’s lunch and dinner rushes. That’s when the local career caddies—members of a self-elected caddy hall of fame—belly-up to the bistro’s outdoor bar to discuss life on the island’s three-and-a half courses. One telling caddy testimonial about Nantucket’s rich-and-famous golf set got me thinking: “Millionaires leave their tees behind, but billionaires bend over and pick them up—because they know the value of a nickel.”

Herman Melville penned his epic novel Moby-Dick (1851) without having visited Nantucket, though the island and its whaling history form the backbone of that novel. Another caddie, a Melville buff, lifted his mug and toasted the gang by quoting from his tattered copy… “The Nantucketer, he alone resides and riots on the sea…” And then another calming breeze graced the bistro just as the scallops arrived.

But you can’t sleep at the bar. The impressive and inexpensive island-wide bus service ($2 from Sconset into town) is called The Wave, which doubles as a conversation center and a fashion show. New Yorkers who ride public transport are all too familiar with the “You lookin’ at me?” dilemma. It takes a bit of magic and luck to start a conversation on a subway. However, on Nantucket’s bus routes, folks spontaneously chat like they’re long-lost pals. However, once you step off the bus, the bargains expire. There seems to be no downside here, as long as you’re not cringing every time you pass an ATM. 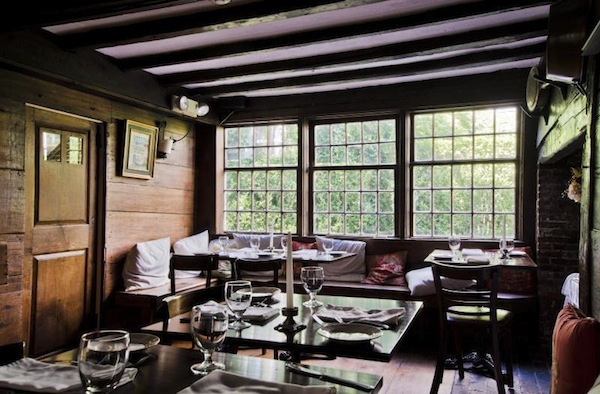 If you need further proof that Nantucket is also a foodie destination, check out Figs at 29 Fair, which serves superb meals inspired by celebrity chef Todd English. Built in 1709, the restaurant proves that getting old isn’t so bad. Ducking under interior structural outcrops is in vogue here, including inside the bathroom where you have to dip below the underside of the base of a staircase to reach the toilet. The old wood is comforting, and the flickering-candle lighting is still not for show. Menu options include Maine lobster ravioli, gourmet pizzas, and bread pudding. Some waiters are 30-year veterans with no shortage of goodwill, jokes, and vintage wine wisdom. Within walking distance from this iconic landmark, the downtown boat basin, once a whaler’s dock, is a showcase for billionaires’ boats and ships. More telling, from my angle, is how this dock serves up a variety of international crew members who are ready to share the real lowdown on the lifestyles of floating royalty.

Nantucket is more than Massachusetts’ privileged on vacation. People from every niche come from far and wide to enjoy this interactive antique, and when you see daytrippers lining up for the ferry ride back to the mainland you sense their despair about exiting a fantasy. While stuck in that moment, a Porsche bounces by on an uneven cobblestone street past a skateboarder who is chatting with an elegantly dressed woman as she walks her golden retriever. Stylish but briny and broken in—also possibly a metaphor for your purse while here—this storied island clamps all things fancy down-to-earth. Back when kerosene killed the whale oil industry, many Nantucketers fled to the California Gold Rush. Seems that rush has found its way back east.

* Don’t miss the Whaling Museum, featuring the skeleton of a 47-foot sperm whale (they can grow to 65-80 feet), a scrimshaw exhibit of elaborate carvings made from whale tusks, and paintings of seafaring men and women. Also check out Nantucket, a DVD by Rick Burns. Visit nha.org/sites/index.

* Fly to Nantucket in style: Cape Air flies to Nantucket from Westchester County Airport (HPN). These lower altitude flights above Long Island Sound overlook the Long Island and Connecticut shorelines, and is trip in itself. Cape Air flies the super-reliable Cessna 420 twin engine prop planes, which can cruise at 9,000 feet and fly at 165+ MPH. The trip takes 80 minutes and costs approximately $650 round trip from HPN. Cape Air also provides options for overland transport to the airport from New York Metro area—I cruised in one of their Mercedes mini vans. Visit capeair.com. 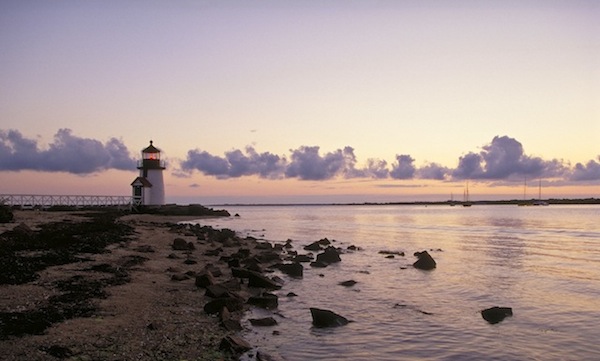