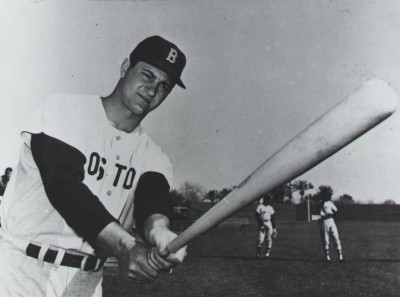 All the way from the potato farms of Bridgehampton to Fenway Park, Carl Yastrzemski has made considerable history on the baseball diamond. The Long Island native has been chronicled immensely during his hall of fame career, but the Red Sox are still finding ways to honor him even today.

There will be a statue unveiled to honor Yaz outside Fenway Park capturing a moment that happened on Oct. 2, 1983 when he tipped his helmet to fans at Fenway Park before the final at-bat of his 23-year career.

According to a release from the ball club, the statue will stand outside the ballpark’s Gate B entrance, placed between the Ted Williams statue, whom Yaz succeeded in left field in 1961, and “The Teammates” statue depicting Dom DiMaggio, Johnny Pesky, Bobby Doerr, and Williams. Toby Mendez, the creator of “The Teammates” statue, is the sculptor.

“This is quite an honor,” said Yastrzemski in a statement. “To have a bronze statue at Fenway Park is something I never could have imagined, and I am very grateful to the Red Sox for this kind gesture.”

The dedication ceremony is scheduled for Sunday, September 22, at 11 a.m., prior to the 1:35 p.m. game against the Toronto Blue Jays. Yastrzemski is scheduled to throw out the Ceremonial First Pitch before the game.