Thirty thousand years on from Stone Age “Venus” figurines, the meaning of woman in art is still morphing and expanding. This existential construct gets explored further in the Women Painting Women exhibit, showing at the Richard J. Demato Fine Arts Gallery. The concept for the show grew out of an online community. Three female artists saw a dearth of web resources cataloging the work of contemporary female painters portraying women in the figurative tradition and they took it from there. The exhibition at the Demato Gallery is the first brick-and-mortar version of the site featuring canvases from around the world. The feminine condition is not a mere trifle here, as seen in voluptuous nudes of old. Complexity, heartache and whimsy are portrayed, a hanging that is, “chilling and takes your breath away,” Richard Demato said.

Women Painting Women will be on display through October 17 at Richard J. Demato Fine Arts Gallery in Sag Harbor. (631) 725-1161, rjdgallery.com 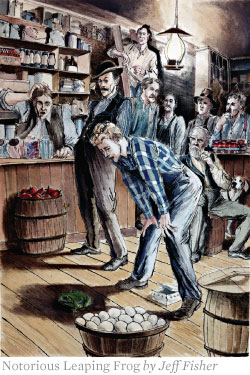 A Group of America’s Famous Cartoonists

Gracing the pages of millions of newspapers and magazines across the world, cartoonists are some of the most prolific, widely viewed and beloved artists in pop culture—and they’re making their marks on the walls of Molloy College’s art gallery. Iconic works from The Berndt Toast Gang, the official Long Island Chapter of the National Cartoonists Society, will be on display there. Originally an informal gathering of Hanna Barbera artists during the ‘60s, the group of local comic luminaries is named after the late Walter Berndt, creator of the award-winning comic strip Smitty. No lightweights themselves, the resumes of the 45-year-old group contain Mad magazine, The Lockhorns, Archie and The Phantom to name a few.