Like clockwork, this time of year a new tap appears next to the one your bartender usually pulls for you. Riding on the heels of the craft beer revolution is a resurgence in hard cider, the quintessential American drink. Production thrived in the states until the one-two punch of the rise of domestic beer and the passage of Prohibition. Since the 1990s cider has worked its way back into the mainstream, this time with much greater variety—from sweet to dry, still to bubbly, beer- to Champagne-like. The rise in gluten-free diets also played a role (celiacs rejoice!). To vary the tug on a tap or pull from the fridge this season, a few standouts are widely available… 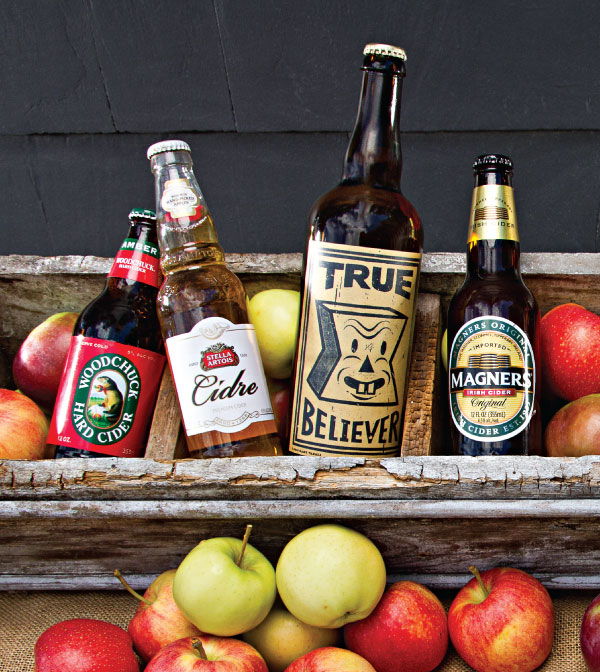 Woodchuck Hard Cider
(Vermont)
This supermarket standard smells sweeter than it tastes and has a safe, middle-of-the-road apple flavor because it’s fermented with champagne yeast. It has more effervescence than the imports, lacks any added sugar and has a nice amber color.

Stella Artois Cidre
(New York)
Stella is brewed in the French style that keeps the alcohol content low. This light-bodied brew uses sucrose for sweetness and has a light beer-like aroma and smooth finish.

Magners Irish Cider
(Ireland)
Despite the addition of sugar and a very sweet aroma, this is a dry beverage. The faint apple taste and rosy color are almost wine-like. 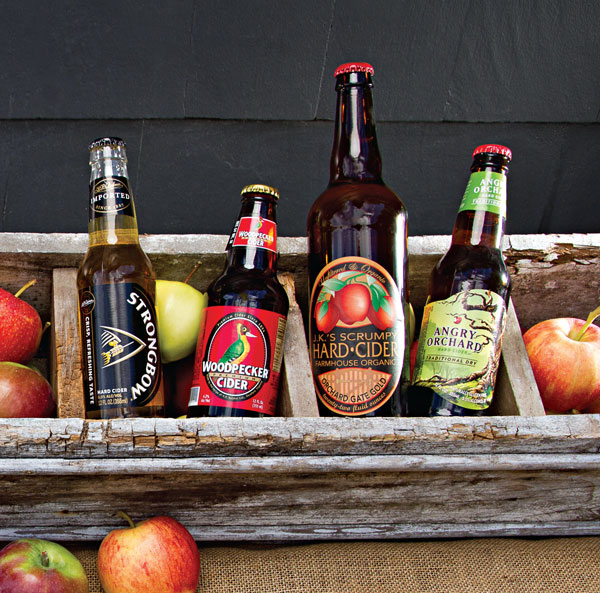 Strongbow Hard Cider
(England)
Made in the traditional dry style, Strongbow uses glucose and fructose as sweeteners. The result is a slightly bitter, crisp apple flavor that disappears quickly and goes down smoothly with hardly any carbonation.

Woodpecker Premium Cider
(Vermont)
Smells like apples but is not overpoweringly sweet, despite the addition of molasses. The carbonation level fades quickly, making this English-style swill easy to drink.

Angry Orchard Hard Cider
(Ohio and Pennsylvania)
Very strong, tart apple smell in a dry style with a barely-there spicy finish. The sourness puts this cider closer to wine than beer, though it mimics the fizziness of the latter thanks to the added carbon dioxide.