The second release from the Billy Talbot Band, On the Road to Spearfish highlights the true musical range of the man most know as the bass player for Neil Young and Crazy Horse. This soulful collection of songs evoking the North American prairie demonstrates how this side project’s members have forged a spiritual connection to both the songs and each other. Billy spoke with Long Island Pulse during a quick stopover in NYC to discuss his latest musical effort, as well as life on the road. 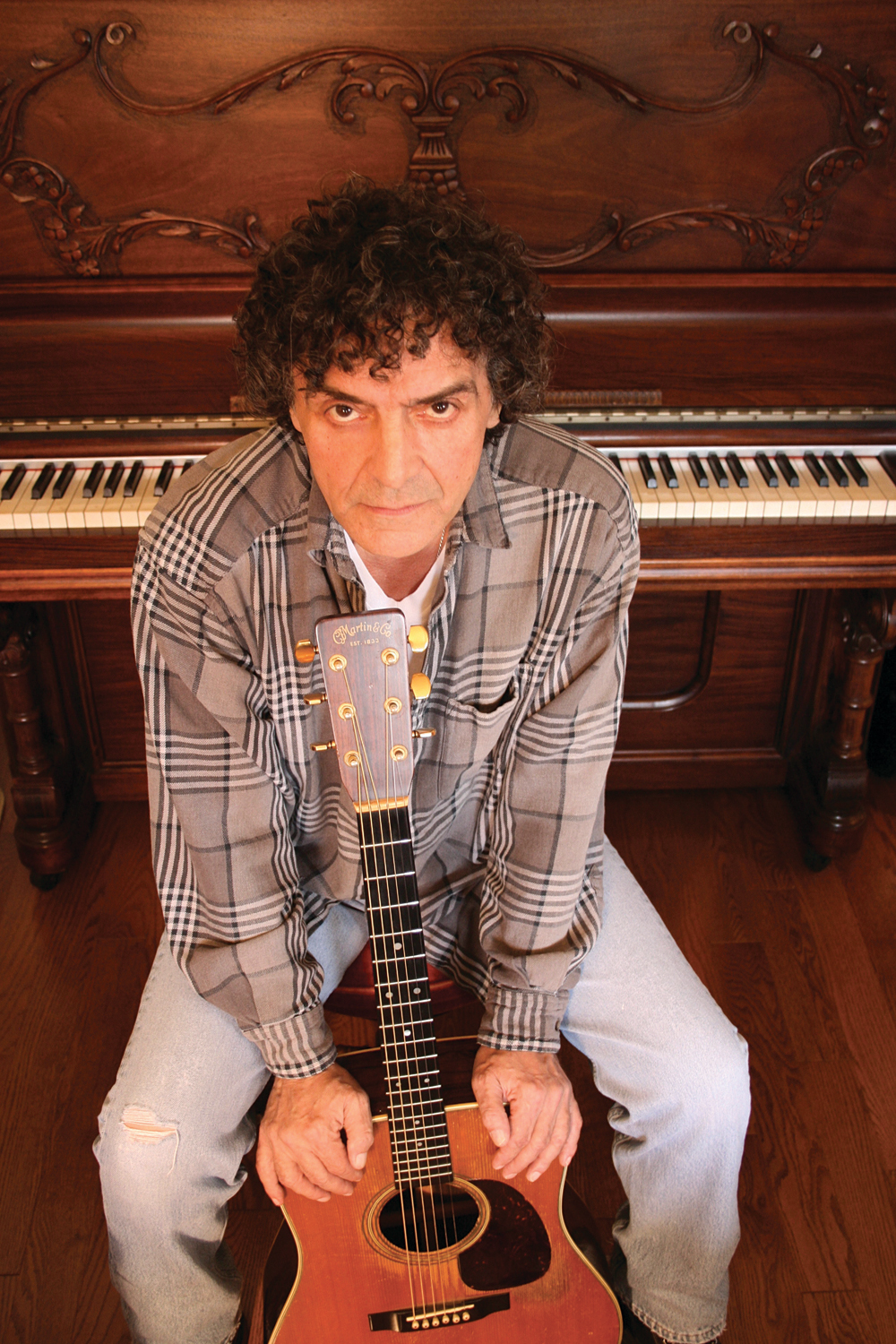 Long Island Pulse: What’s your life like touring with Neil and the band these days?
Billy Talbot: Well, it’s work! It’s focus, it’s regiment. At the end of one show, you have to come down from that and start preparing for the next show. And that’s what it’s like until you’re finished and then you go home and you get to let out a breath. The time that it’s really fun is when we’re onstage together and we’re playing. That’s what it’s all about, what you’re doing all this preparation for, those two or three hours.

LIP: What does Crazy Horse represent for you?
BT: Well, it’s real… It’s always better than in the studio because in the studio…there’s no audience. Having an audience really gets the juices flowing… That’s when live happens. It’s in the now, it’s real and there’s no fooling anybody.

LIP: Any particularly memorable experiences with Crazy Horse?
BT: In 1976 we played in Paris in this really funky place. I don’t remember exactly why it was so cool, but it was at the beginning of us performing—Ralph and I, Poncho and Neil. It was our first tour of Europe and we did this place in Paris and three or four or five of the songs were pretty outstanding to me at the time. We were offstage in the dressing room and somebody came in and said, “They won’t go away!” We had to come back out… Mostly, the whole thing just is to me.

LIP: Has Crazy Horse influenced the spirit of the Billy Talbot Band?
BT: The easy answer is, of course it has. Just as The Rockets influenced Crazy Horse, Crazy Horse has influenced the Billy Talbot Band. First of all, there’s Matt Piucci, who loved Neil’s guitar playing as well as the whole sound of Crazy Horse, while he played with Rain Parade. Then there’s me—after all, I’ve been in the band since the beginning. All my experience recording with Crazy Horse throughout the years no doubt helped me with these recordings, especially as the producer. With On the Road to Spearfish, I wanted to go even further. I knew we were able to get much more intimate and still have that loose, real feeling of rock and roll.

LIP: In Neil’s autobiography, Waging Heavy Peace, he described your musical persona with three words: Simplicity, soul and aggression—
BT: Wow! I’m going to hold that against him. No, I like that.

LIP: …For those who know you as the bass player for Crazy Horse, On the Road to Spearfish will surely surprise. What were some of your influences going into the studio?
BT: I learned a lot from Neil. I’m also very interested in recording. And very interested in technique, and sound and mics… I really wanted to use everything that I knew about how to make a great [album]. I also listened to The Wind by Warren Zevon and I was extremely touched by his songs, about [how] he was going to die and what he was saying to his wife, the real feeling that was captured. The real influence was on how important [songwriting] is, and how there is this possibility in capturing real feelings and real emotions. I hadn’t heard anybody record with such true feeling before, except for Ray Charles on certain records he made back in the day.

LIP: Ray Charles had a major impact on you?
BT: Oh yeah…as far as how much you can expose and how capable a person can be of showing another person—with their music—into their utmost feelings.

LIP: You’ve stated that one of your favorite aspects of songwriting is the way a great song can come out of bad situations.
BT: Yeah, that’s when it’s cool. When a song comes up and all of a sudden you get it, and it’s not even finished, and you go, “Wow, I forgot [that a song] would come out of this,” and you’re feeling better about whatever it is you’re going through now, because there’s a song.

LIP: It’s cathartic—
BT: I guess that’s the word… And it’s a good thing that you get that too, because if you just had it at the forefront of your brain you’d probably go crazy, always waiting to go through troubles so you could have a song! [Laughter]

LIP: Any plans to take the Billy Talbot Band on tour?
BT: Plans? I can’t even think about right now, because I’m dealing with Neil Young and Crazy Horse and having a great time doing that… When I’m playing with Neil Young and Crazy Horse, that gets all my attention and it takes all my attention. When we’re done [with the tour], I hope we can put the Billy Talbot Band together and go out and play some places and at least pay the expenses.

The Life and Times of Billy Talbot

1943: Talbot is born in Manhattan and spends his childhood in NYC and West New York, NJ before moving to LA at 17.

1962: Meets Danny Whitten and forms the doo-wop group Danny and the Memories, along with future Crazy Horse bandmate Ralph Molina. The group moves to San Francisco, starts playing instruments and changes its name to The Psyrcle, evolving into The Rockets upon their return to LA.

1967: The Rockets connect with Neil Young, then in Buffalo Springfield, who invites Talbot, Whitten and Molina to be his backing band under the new name Crazy Horse.

1969: Everybody Knows This is Nowhere, Neil Young’s second solo album, is the first featuring Crazy Horse, marking the beginning of a decades-long relationship between Young and the band.

2004: Talbot launches his solo career with the Billy Talbot Band’s Alive in the Spirit World, recorded in a barn on a ranch in Mendocino County over the course of a week.

2013: Talbot releases On the Road to Spearfish, his second album with the Billy Talbot Band.