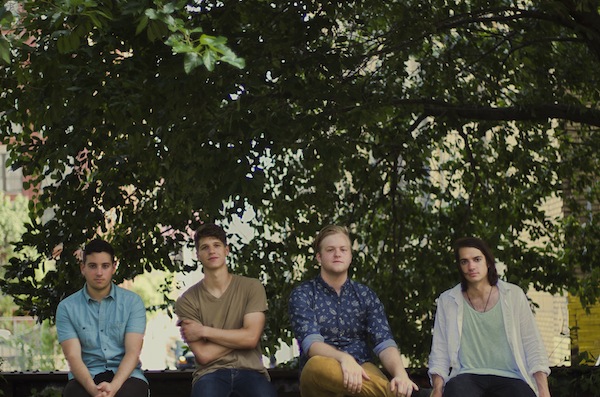 From “We Savages” by Wild Rompit

“We pull influences from a lot of different places,” notes Bost. “Musically, we have a few obvious favorite bands like the Kings of Leon, the Black Keys and Mumford and Sons. We also draw a lot from the people we meet and the things we experience. It’s the culmination of all of these things that make our music what it is today.”

A big part of PA’s college music scene, Wild Rompit has played many clubs, warehouses, fields and galleries and gone on two national tours in support of a couple of EPs before “Spirit Moves.”

My favorite song to play live right now is “Savages,” says Impellizeri. “It’s one of the heaviest songs and there’s lots of power and energy behind it. It’s the opening track on the album and always a head turner when we play it live.”

The quartet would most like to tour with a band like Delta Spirit: “They write great music and it’s important for us to love the bands we tour with. It can make a tour feel like an endless backstage concert experience,” admits Donaghy.

When the group last played Long Island, they caused quite a rumpus.

“A few years ago, we played this awesome bar called Mr. Beery’s. The people there were so nice and the stage pulled down out of the wall,” recalls Ollendorf. “We killed time before the show by changing letter signs around town to say ‘WILD ROMPIT.’”