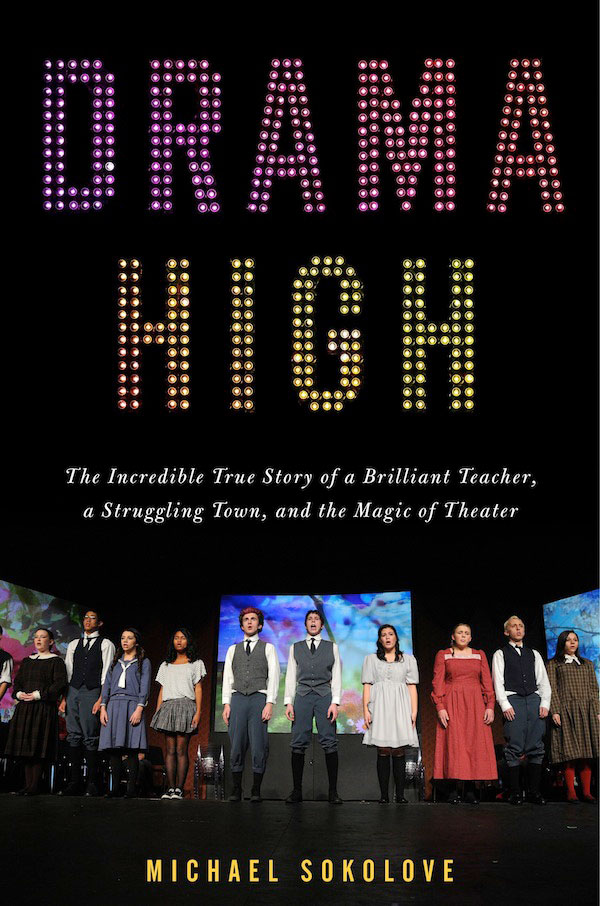 Lately, for instance, you’ve been acting differently and people have noticed. You wear outfits you wouldn’t normally wear and you say the oddest things. It’s almost like you’re possessed by another person.

Such is the life of an actor in a play: to do it right, to convince an audience, you have to become someone you’re not. You know the pressure can be enormous, so read “Drama High” by Michael Sokolove, then imagine performing with New York theatre executives in the audience.

Like most schools, Harry S Truman High School in Levittown , Pennsylvania , had its budget slashed last year. Gone are extravagances, extracurriculars, and extraneous activities. But teacher Lou Volpe’s theatre classes survived the cuts, just like they had for some forty years.

Volpe hadn’t intended on becoming Truman High’s drama teacher; in fact, before he was hired, he’d had zero experience with theatre. None at all. But, as he did many other times (and like many other teachers), he threw himself into making Truman’s students into a first-class troupe.

Michael Sokolove, one of Volpe’s students back in the 1970s, remembered the way Volpe had of finding one special, latent talent that each of his students had, and highlighting it. Volpe urged his students, stood up for them, supported them, and expanded their horizons, making them want more from life. Sokolove remembered spaghetti suppers at Volpe’s house, and never wanting to disappoint his teacher.

But he also remembered the town in which Truman High sat. Once a subdivision of the future, Levittown was the kind of place people moved away from, and hard times only made it worse.

Still, Volpe and his drama students made their school proud through first-class, competition-winning, Broadway-quality plays – but not of the Arsenic and Old Lace ilk. No, Volpe liked to push his students to the edge of their comfort zones, asking them to sing and act in ways they didn’t think they could, making them become people they didn’t think they’d ever be – both personally, and on-stage.

And in doing so, Volpe changed their lives.

For adults, it’s definitely a book of nostalgia. Like many people, author Michael Sokolove moved away from Levittown , and his trip back is filled with wistfulness and eagerness to see how time alters old memories.

For students – especially those who are struggling or who harbor a secret love of theatre – and for their parents, Volpe’s story offers strength and an urge to commit to ones’ heart. His students spurned sports in favor of stage and in turn, he supported their dreams and nurtured their talents. Some of his former students, in fact, have become Emmy winners, entertainment executives, and Broadway actors.

Despite that it occasionally shows a tone of despair, it’s hard not to cheer when you’ve got this story in your hands. I loved it, and I think that if you’re a Broadway fan, an actor, or a parent of either, you’ll sing the praises of “Drama High,” too.