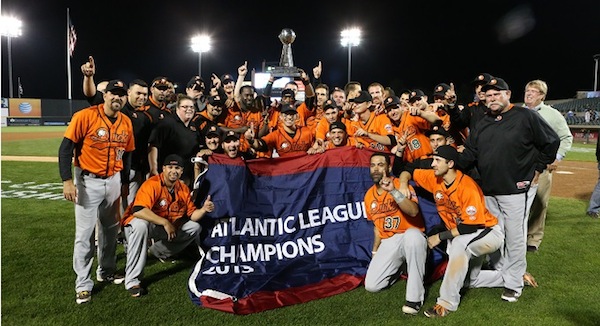 The Ducks beat Somerset, 6-4, in Game 5 of the finals to win the best-of-five series.

A four-run fourth inning spurred the Ducks, and two more in the fifth would be all they needed to capture the win.

Former New York Met Ramon Castro hit an RBI-single in the fourth to drive in the first run for the Ducks. Longtime Duck Ray Navarrete hit a three-run homer to round out the inning.

Ducks pitcher John Brownwell, who was 3-0 in the post-season, earned the victory and was named Championship Series MVP.

The season started with a bang as the Ducks announced the acquisition if former big time baseball talent in Vladimir Guerrero, Dontrelle Willis and Ramon Castro. Vlad never made it because of personal issues with his family, Willis signed a contract with a major league squad midway through the season and Castro was on Long Island for the distance.

The Ducks continue to put a quality product on the field at affordable prices for fans, which is a win in itself year after year in Central Islip.