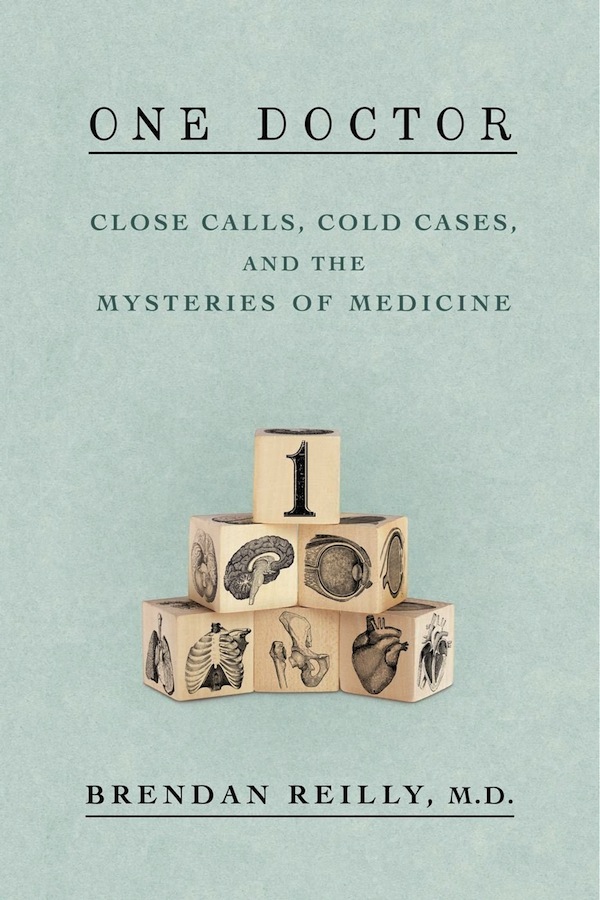 Prepared or not, your hands sweated when faced with a test, and your stomach felt shaky. Whatever you’d learned, it flew from your head the second you sat down.

Today, it’s the same in the hospital as it was in high school: you hate taking tests. But what other way does your doctor have of knowing what’s wrong with you? In the new book “One Doctor” by Brendan Reilly, M.D., you’ll see that moth-eaten methods may beat modern.

That’s what one of Brendan Reilly’s patients claimed, surprised to see Reilly at her bedside on an early Saturday morning at New York ’s Presbyterian Hospital . He was there because he believes that the doctor who “knows you best” is the one who should assume the majority of the caregiving. That’s not the way most medical centers work these days, but it’s the way he prefers to practice medicine.

For Reilly, doing things the old-fashioned way is often better than technology, when making a proper diagnosis. Machines, he points out, can miss the smallest of symptoms: a non-dilated pupil, an errant reflex, a hidden blood clot, rare bacteria that mimics something else.

“Diagnosing disease,” he says, “has something to do with patterns.” Good doctors – “grandmasters,” he calls them – know how to recognize those patterns without “wasteful, redundant, or ineffective” medical intercession. Such recognition, near-intuition, and the ability to deal with a day when “doctoring feels like pinball” are talents he cultivates in his residents and students.

Even so, there are times when a doctor is stumped by a medical mystery that requires rapt attention and sleuthing skills. That’s when it’s mandatory to listen to a patient, the patients’ ailing body, and one’s own subconscious, as well as medical knowledge new and old. Such mysteries may result in instinctual reaction, and a cure. Other times, they might end with the surety that it’s time to stop.

And on that, says Reilly, doctors “know about regret. But we don’t talk about it. Ever.”

Broken up into thirds, “One Doctor” is a mixed (medical) bag.

Author Brendan Reilly, M.D. starts his book in the wee hours of a typical on-service day in a busy New York hospital, and we’re treated to a whirlwind of intriguing medical cases, AHA! moments, and solutions worthy of a Sherlockian novel. The end of that long day, and the cases of his own parents, are where Reilly wraps up.

I would have been more enthusiastic about this book, had that been the sum of it.

No, instead, the middle third here is taken up by the story of a couple that Reilly knew some 30 years ago, the care of which still resonates in his career. That was interesting at first, but I thought it became overly long.

And yet, I did enjoy this book, overall, and I think lovers of medical dramas will, too. If that’s you, and you’re maybe willing to skip bits that lose your interest, then “One Doctor” tests out well.