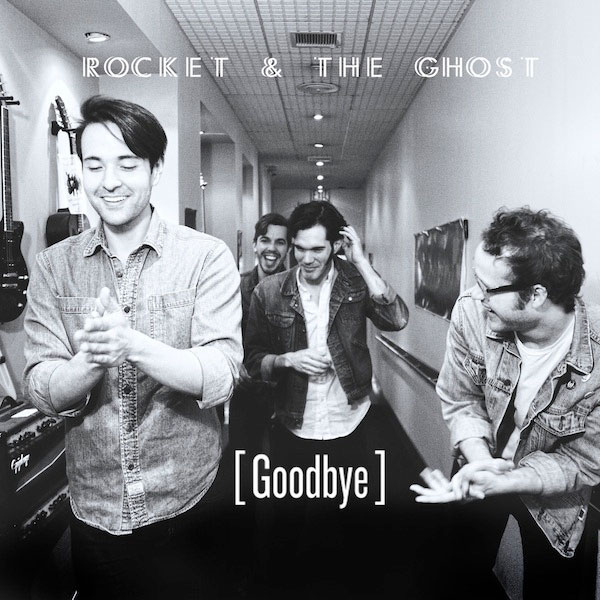 From “Goodbye” by Rocket & The Ghost

Kiyoshi Matsuyama is a former member of The London Souls (with whom he opened for The Black Crowes and The Roots) who started writing music that didn’t fit The Souls’ hard rock sound. After recruiting bassist Brian Kesley, drummer Stuart Bidwell, guitarist Sean Gavigan and keyboardist Alan Markley, singer-songwriter-guitarist Matsuyama formed Rocket & The Ghost. The indie rockers have elements of Americana in their sound and the energy of the Lumineers onstage. Their self-titiled debut EP drops on November 5th and the Brooklynites will be performing at three showcases at the CMJ Music Marathon this week.

Pulse: What’s the story behind the name Rocket & The Ghost?

Matsuyama: “Rocket & The Ghost” is a true story! It doesn’t refer to any current or past or future band members. It does refer to an encounter between a ghost child and a sweet, mangy childhood dog named Rocket. I guess Rocket saw dead people. But so did I, so I guess we had something in common.

P: Do you write the lyrics and the music?

M: Aside from the covers we play, Rocket & The Ghost does all of its own original material. I write the songs and we work out the kinks as a band.

P: Who are you musical influences—past and present?

M: I’m really digging Haim and Elvis right now for the exact same reasons. They’re both really pretty, they both wear leather well, and they’re both awesome. The first CDs I ever bought were Dookie, Melon Collie & The Infinite Sadness and The Blue Album.

P: Who would you most like to tour with, and why?

M: We would love to play with anyone whose doing things their way and has a large fan base to show for it. I hope someday we can open for someone that we can learn from. My Morning Jacket, Wilco, Kings of Leon, Arcade fire, Dr. Dog would all be ideal for us.

P: How do you describe your sound aside from indie folk rock or Americana?

M: I just try to say we’re a rock n’ roll band but it’s hard to say that without sounding like a throwback group. What we try to do is create new sounds with old methods. And we try to say something in between.

P: What’s the story behind the driving lead single “Howling?”

M: “Howling” is a song with multiple layers. What we tried to do was create a droning atmosphere with a heavy beat. It’s a psychedelic hymn.

P: Are you excited to play the CMJ 2013 Music Marathon?

M: We’re very excited, mainly because it’s our first time doing it. Our album is coming out soon so this will be a great way to get us ready for the release.

Check out Rocket & The Ghost this week at CMJ in NYC: