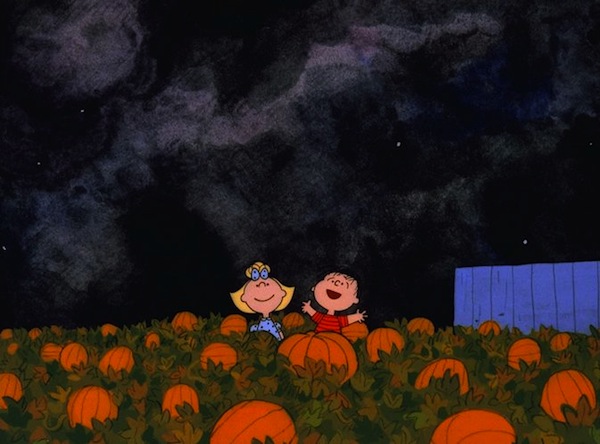 Linus: He’ll come here because I have the most sincere pumpkin patch and he respects sincerity.
Sally Brown: Do you really think he will come?
Linus: Tonight the Great Pumpkin will rise out of the pumpkin patch. He flies through the air and brings toys to all the children of the world.
Sally Brown: That’s a good story.
Linus: You don’t believe the story of the Great Pumpkin? I thought little girls always believed everything that was told to them. I thought little girls were innocent and trusting.
Sally Brown: Welcome to the 20th century! 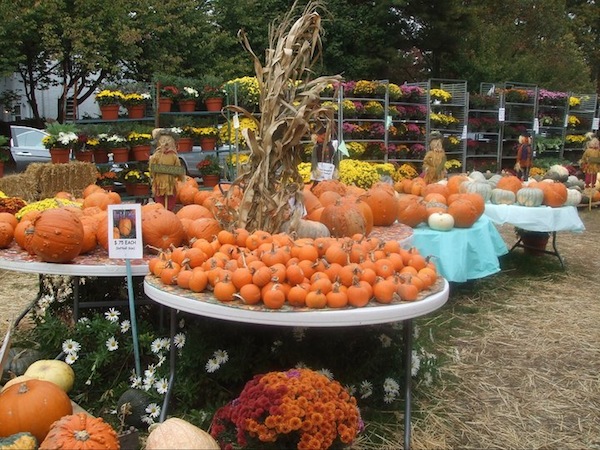 Since October 5th, the grounds of the Unitarian Universalist Congregation of Central Nassau (UUCCN) at the corner of Nassau Boulevard and Stewart Avenue have been covered with pumpkins from the Navajo reservation in New Mexico. Pick out your Great Pumpkin from 11 am to 7 pm daily through Halloween, October 31st. Bring friends and family and enjoy some of the congregation’s homemade baked goods, also for sale.

Close to 6,000 pumpkins of all sizes were delivered as well as some variety pumpkins, gourds, and decorative corn. (Pumpkins that are grown in a dry climate tend to last longer than those grown in eastern United States) It’s free admission to take pictures and wander through the Pumpkin Patch…

You can also take in some music this weekend at UUCCN when the James Taylor-esque acoustic-folk-rocker Stuart Markus plays from 11 am—1 pm on Saturday, October 26th.

Composer and musical director Michael Sansonia (who conducted “Little Shop of Horrors” on its original NY run) will perform from Noon—1pm on Sunday, October 27th and folk/country/blues singer-songwriter Mark Virgilio, influenced by the Beatles and Simon & Garfunkel, will follow from 1 pm—3pm on Sunday afternoon.