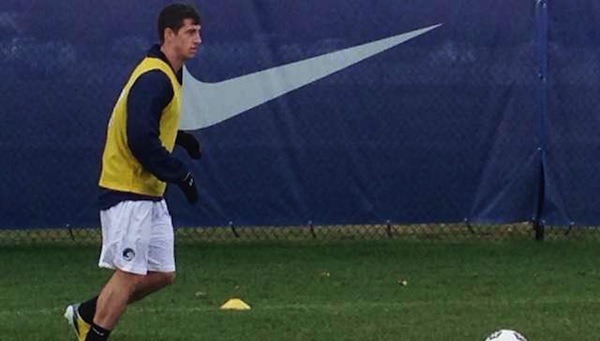 The New York Cosmos have signed Massapequa native Jimmy Nealis, according to a release issued by the team last week.

A product of Georgetown where he played four years and saw one appearance in the College Cup final, Nealis grew up playing for the Massapequa United Terminators and eventually at Massapequa High.

Nealis suffered an injury after being drafted by the Houston Dynamo of Major League Soccer and opted for surgery. He was released shortly after.

“Jimmy has been training with us for a few weeks now and has showed a nice work ethic,” Cosmos head coach Giovanni Savarese said in a statement. “He looks good on the field and will provide some nice depth for us at left back.”

Not a bad way to start the year. The Cosmos are your North American Soccer League fall season champs and clinched a berth in the NASL Soccer Bowl after beating San Antonio, 2-1, on the road last week.

New York will play Atlanta in the Soccer Bowl at Silverbacks Park on Saturday, Nov. 9.