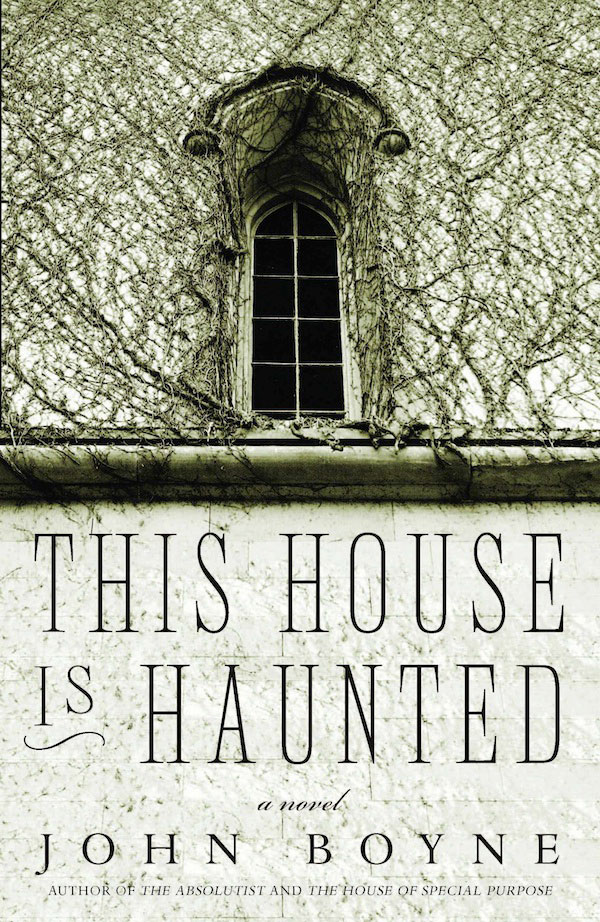 Everything checked out fine.

You made a sweep of the house at bedtime, nothing amiss. Security, check. No problems, check, and you locked the door.

Didn’t you? When you jolted awake at three o’dark in the morning, hearing something that wasn’t there, you wondered. Are you alone? Safe? Or, as in the new book “This House is Haunted” by John Boyne, do you have unseen company?

That was where Eliza Caine squarely laid the blame. Father had had a cough for some time, but he insisted he was well enough to go listen to Mr. Dickens read from his latest novel. Unable to deny her father this pleasure, Eliza relented and they walked to the speaker’s hall on a chilly night – but between illness and the dreadful London weather, her father was dead within days.

Orphaned at age twenty-one, Eliza had no friends and no suitors. Knowing that she had inherited neither her mother’s beauty nor her father’s handsomeness, she accepted spinsterhood, though she did love children and had loved working as a teacher of small girls at a nearby school. Still, she had never felt so alone.

And then she saw the advert, and made a rash, impulsive decision.

One “H. Bennet” from Gaudlin Hall was looking for a governess for two young children, a position that needed to be filled immediately. Gaudlin Hall was in the county of Norfolk , and though Eliza had never been outside London, the job seemed to be just the change she needed.

She had scarcely gotten to the depot when odd things began to happen. Strong hands tried to push her in front of a train, but no one was standing nearby. Friendly townspeople turned away in fright when she told them where she’d be employed. And though the children, eight-year-old Eustace and twelve-year-old Isabella, were little dears, Eliza thought it strange that adults were missing from Gaudlin Hall.

Never a shrinking violet, Eliza began to ask questions and, in answer, heard tales of madness and murder, things best left unspoken, and a mother with a deadly vow. That alone might’ve scared Eliza away, but then the ghostly hands returned – and with them, a fight for her life.

Set in Victorian England, “This House is Haunted” possesses the important ingredients for a classic ghost story. There’s a musty castle, gloomy weather, an evil presence, a proper governess, and creepy little kids. Yep, it’s all there.

The twist is in the details that author John Boyne offers.

Pay careful attention, and you’ll see tiny dashes of modern-type scandal. There’s a strong female character who dares to go against the expectations of her day. Boyne even hides bits of humor inside this story, all of which makes this novel one that Dickens himself might envy.

Readers who favor the classics will count this among their new favorites. Novel lovers will love it for its seasonal creepiness. If you crave both fright and delight this week, “This House is Haunted” is a book to check out.