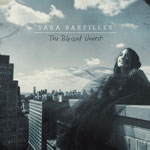 
On her third major label release and first full-length album in three years, Sara Bareilles continues to make music on her own terms and gain popularity. Her new cd builds on her EP from last year with the emphasis on her piano-based songs and powerful, emotive vocals. She is continuing in the vein of such artists as Tori Amos, Fiona Apple, Regina Spektor and more recently Ingrid Michaelson, but with a sweeter sound than these. Bareilles proves that American pop can be real, free of electronic gloss and still grace the top of the charts. 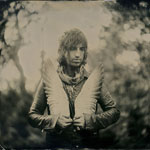 
Joseph Arthur’s gravely voice and plaintive songs make him sound more like he’s a part of the ’70s tortured artist school of British music than a contemporary American singer-songwriter. He is so dedicated to the indie cause that he gave away his last album for free at his website. It’s hard to imagine that he could top that release yet that is exactly what he has done here. With help from a host of music luminaries including Garth Hudson, Jim Keltner, Juliette Lewis, Rami Jaffee and Ben Harper he has made an album of heartfelt emotion and his most accessible release to date. 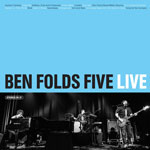 
Ben Folds Five called it quits in 1999. Folds went on to make singer-songwriter albums that were equal parts gorgeous piano-based love songs and raucous and angry break-up music. The group reunited in 2012 and this live disc, their first, captures all that was wonderful about the trio. Not since Elton John has a singer-songwriter proved to be so adept at piano rock as The Folds Five and these gems shine with careening exuberance and poignant clarity. It’s amazing it took the group so long to make a live album, but here it is and it’s one for the ages. 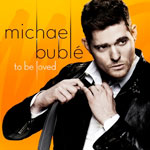 Michael Bublé
To Be Loved
(Reprise)


The beloved Canadian crooner spent 10 long years bringing style and sophistication back to music with his fresh retro homage to the great American songbook before he exploded in 2011 with his number one Christmas album. Bublé’s return is a continuation of his signature sound that appeals to both those who served in World War II and to those who haven’t graduated from high school yet. His true diversity though, is best expressed in these new covers of “To Love Somebody” and “Have I Told You Lately That I Love You,” surprise non-standard twists on this album. 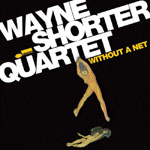 The Wayne Shorter Quartet
Without A Net
(Blue Note)


It’s hard to believe that Wayne Shorter is 80 years old, as he continues to re-define jazz music. Along with Danilo Peréz and John Patitucci and the hottest jazz drummer on the scene today, Brian Blade, he has made a live album of exploratory inventiveness that mixes many jazz styles and even chamber music overtones to prove America’s greatest invention is not ready to die. This new album, his first in eight years, reminds us why he has been a muse, foil and collaborator to the likes of Miles Davis, Joni Mitchell, Herbie Hancock, Carlos Santana and countless others.