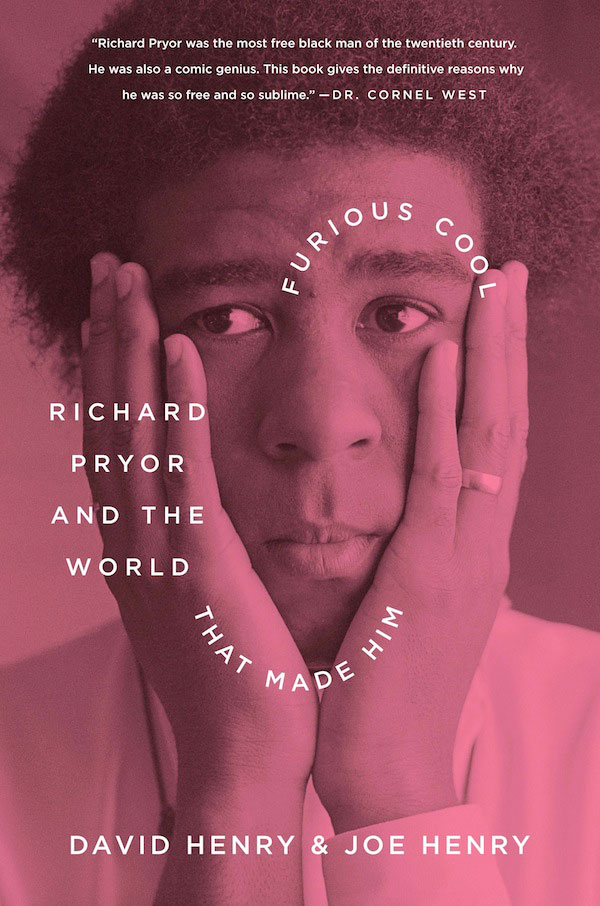 That’s what your mother claimed “those words” were. You said them once… and were never allowed to say them again in her presence. They were bad words.

They were dirty – unless, of course, Richard Pryor said them. Then they were hilarious, fall-down-funny, and in the new book “Furious Cool” by David Henry and Joe Henry, you’ll read a few of them, and more.

Peoria , Illinois is like “[w]hatever you think of when you hear the name,” Richard Pryor once said to an audience in 1966. He was born there, the son of a vaudevillian and a prostitute, and was raised in his grandmother’s bordello. There, as a small boy, he learned to get laughs – though his childhood was overall rough and marked with things little boys should never see.

When he was just nineteen, Pryor married his pregnant sixteen-year-old girlfriend, the first of his many marriages. He was unemployed then, but “soaked up everything” he saw while lounging around, watching TV. Shortly after his son was delivered prematurely, he left his young wife, moved back to his father’s house, and began performing at local Peoria clubs.

From there, Pryor bounced around between Toronto, New York , and Las Vegas. He played the “Chitlin Circuit,” performed on The Ed Sullivan Show, and learned to mimic Bill Cosby’s act. For a time, Pryor left the stage and moved to California to live a “flower children” existence with his second wife then, following a brief separation from her, he moved to Berkeley where he spent his days reading the works of Malcolm X.

It blew his mind. It also changed his act.

Embracing the “N” word and inspired to “speak truth” Pryor revolutionized comedy with the “raw language of the streets.” People flocked to concerts and comedy clubs where he performed. His genius poured forth.

But though his stage career soared, Pryor’s personal life was in shambles. He loved cocaine, cognac, women, and guns, but the four together was a bad mix and his behavior “grew increasingly bizarre.” His addictions out of control, he sought help and entered a hospital in 1979.

Later, he insisted to everyone that he was “off drugs for real this time.”

“Furious Cool” is a wonderful, wonderful book. But I was wrung out when I finished it, as if I had watched a car accident in excruciatingly slow motion.

That’s a testament to authors David Henry & Joe Henry, both of whom had a relationship with Pryor at the end of his life, and who had access to his story. Here, Henry & Henry give us a sense of the once-in-a-lifetime genius that Pryor was, but because we know how this tale unfolds, it’s painful to read. We watch his self-destruction through these pages, and feel powerless.

And yet—“Furious Cool” is impossible not to enjoy. It’s filled with history, memories, laughs, and yes, an abundance of profanity—but if you want to read a story of a complicated comedy genius, it would be a dirty shame to miss it.