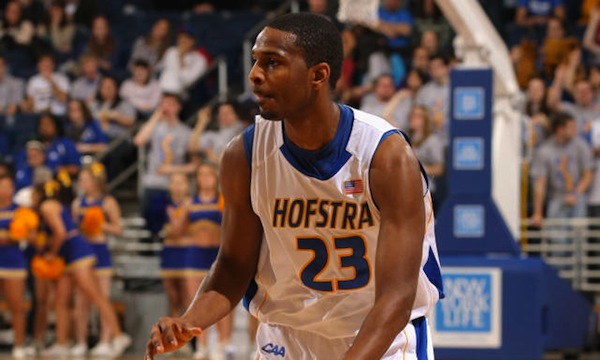 Mike Moore, who played ball at Hofstra, was recently selected in the fourth round of the NBA Development League by the Erie Bayhawks, an affiliate of the New York Knicks.

Having only played two seasons in Hempstead after transferring from Fordham, Moore still finished his career ranked No. 25 overall in scoring with 1,128 points. He averaged 19.9 points per game as a senior during the 2011-2012 season, which was good enough for a national ranking of 17th in the NCAA. Moore also ranks No. 9 all-time in program history with 143 three pointers.

According to Hofstra’s Office of Athletic Communications, Moore started all 65 games he played in at the university, adding 325 rebounds, 147 assists and 87 steals.

He’s not the only Hofstra alum to play in the D-League recently. Former Pride guard Antoine Agudio, a Long Island product out of Walt Whitman High in Huntington Station, played for the Canton Charge, an affiliate of the Cleveland Cavaliers, in 2012-2013.

Hofstra’s most notable recent alums to play in the NBA are Speedy Claxton, now a special assistant to the men’s program, and Charles Jenkins, who is currently playing overseas.