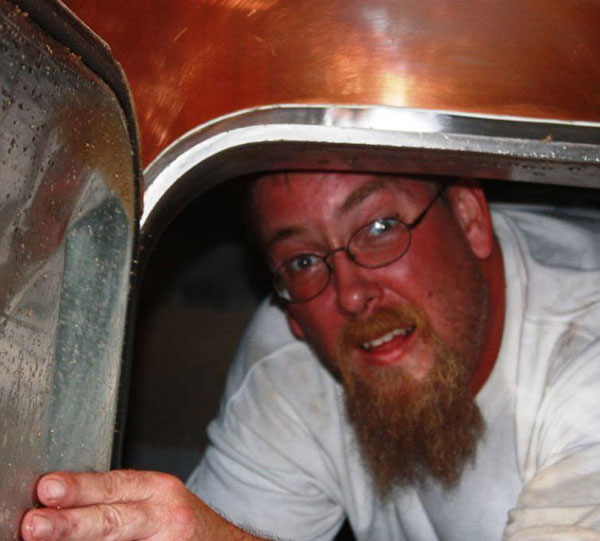 Yes, actually. I did.

Noll, who previously brewered at Harpoon Brewery in Windsor, Vermont, joined BrickHouse in 2011. He was approached by Ronkonkoma’s Brownstone Brewing Company, which opened in 2012, to “do some contracting for them.”

AND HE DID WHICH IS FINE.

Brownstone’s presentation of “some contracting” is bulldoody, however. Its website states “Our beer recipe has been refined over the centuries…by our ancestors,” and “The beer that you are drinking is in its purest form, being hand-crafted in our breweries,” but the bar-staurant’s three house-branded beers—Brownstone Blonde, Brownstone IPA, and a rotating seasonal, which is currently Brownstone Imperial Pumpkin—were actually brewed by Noll at BrickHouse. The relationship will continue, too, despite Noll’s peace-out on November 08.

DISAPPOINTED BY BROWNSTONE BUT ANYWAY MOVING ON, TRANSITIONING TO SECOND PART OF TITLE.

Noll has departed BrickHouse to brewmaster at 4 Noses Brewing Company, a brewery-in-development in Broomfield, Colorado.

“We’ll have a 20-barrel system and hopefully do about 1,000 barrels in the first year,” said Noll. “The goal is to be bottling by the second or third year.”

Noll’s replacements at BrickHouse are Paul Komsic and Arthur Zimmerman. Komsic was his assistant, so “he knows how to filter and carbonate and understands all the kinks of the system,” said Noll. Zimmerman “is right out of brewing school.”

Noll will start brewing for 4 Noses in December BUT WAIT He isn’t entirely finished beer-making on Long Island.

“I left them with about a month of beer, but I’m gonna fly back in Thanksgiving for a couple of days to reset the kegs and get them up to speed,” said Noll. “We’ll be doing two brews per day, back-to-back-to-back, so we have a lot of work ahead.”