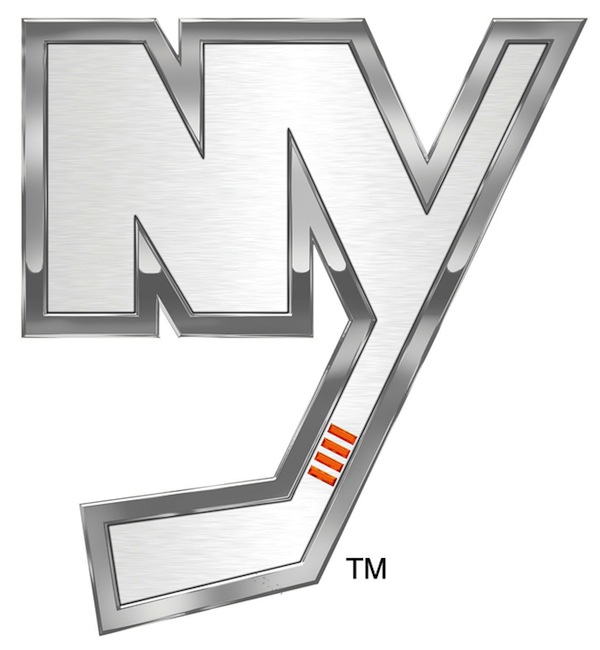 The NHL and the six teams playing in Stadium Series games released the image for new chrome logos that will be depicted on jerseys and apparel for this season’s commemorative games.

The Islanders and Rangers will square off at Yankee Stadium on Wednesday, Jan. 29 and based on the logo it looks like the Isles will lack some identity. Unless this is simply a shoulder patch and an addition to the regular Islanders logo, then something’s awfully wrong.

I’ll hold off complete and total judgment until we see the final jerseys the team will wear during the contest, but something tells me the Islanders will lack some identity and authority with this design. Strip them of all things Long Island why don’t you? That’s what the plan will be when they move to Brooklyn anyway, right?

A release on the team’s website said full-season ticket holders can place orders for an “exclusive jersey” the team will wear. Of course there is a “limited quantity” of jerseys that you can’t even see before you place your order.

“The Islanders 2014 Coors Light NHL Stadium Series logo depicts a cutting edge design that keeps the history of the organization associated with this once in a lifetime game,” a the same release said.

History of the organization? Because it has an NY with a hockey stick on it? Where is the Orange & Blue, where is the silhouette of Long Island?

All other teams who received a chrome logo design keep the standard look and feel of their organization’s colors and structural logo design. This is by far the weakest.

“As seen on the current Islanders logo, the four orange stripes on the stick remain, representing the organization’s four straight Stanley Cup championships. The sleek silver lining around the crest will stand out to every fan in the ballpark, whether you’re sitting in the first row or in the bleachers.”

Right. Show me the rest of the design first and then we’ll talk. More to come.