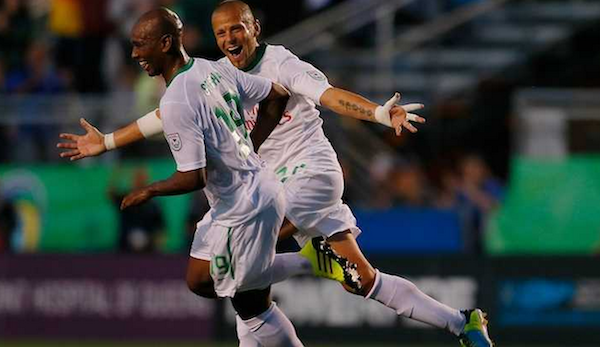 Well that didn’t take long. It feels like yesterday when the Cosmos were winning championships and making headlines on Long Island.

In just their first season back in the North American Soccer League since 1985, the Cosmos won their sixth Soccer Bowl title after beating Atlanta 1-0 on a goal from Marcos Senna.

“It’s difficult for me to say exactly the goal the way it went, ” said Senna. “What I can say is that it was a moment of happiness.”

The franchise has existed for only three months, but played enough games in the fall season to qualify and beat Atlanta, who was the spring season champion.

“It’s an exciting day for sure, the New York Cosmos are back,” said coach Giovanni Savarese. “I’m very proud of the players because they accomplished great things. Tonight, winning a championship and bringing a championship back to New York is a proud moment for us.”

Now if only the franchise could release some Pele bobbleheads next season as a promotional giveaway, we’d be in business.