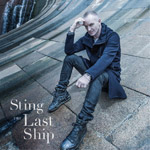 
Sting’s first album of all original music in 10 years features songs inspired by his play opening in 2014. While the music continues in the vein of recent albums by exploring non-pop/rock styles, lyrically he is using various characters to explore the themes of the past. With England’s once mighty shipbuilding trade as the backdrop, Sting creates songs the way a playwright would create great characters in a play. Despite the theatrical and traditional musical elements, the music sounds contemporary. Reflective, timeless and richly drawn, Sting’s new album positively portends his theatrical debut. 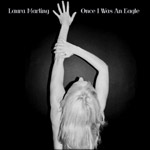 Laura Marling
Once I Was An Eagle
(Ribbon)


With echoes of Joni Mitchell and even touches of Kate Bush, Marling brings a contemporary English edge to folk. Her music is sparse, impressionistic, passionate and free of the occasionally lightweight or overly simplistic side of the folk and singer-songwriter music scene. There is a depth and an idealism that flows through the music. Marling seemed poised to break through to a larger audience, but instead has become even more experimental on this release with a dissonant and innovative sound. Her guitar tunings and melodies outshine everyone in the singer-songwriter field and she is fast becoming the new queen of folk. 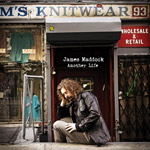 
For those unfamiliar with this beloved solo artist, he is part of a long line of UK artists that include Van Morrison, Richard Thompson and the Waterboys and contemporaries such as Mumford & Sons and countless other new folk artists. This Englishman in New York plays a style of folk-inspired music that draws from the current Americana scene, the English folk of the ’60s and ’70s and, on this new album, country. With crack production from Matt Pierson and musical support from, among others, Larry Campbell on guitar, Maddock has made a sparse, countrified album that surprisingly has an urban feel, but with a lyrical view that encompasses the entire world. 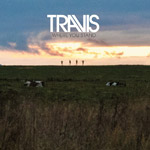 
Travis is one of the UK bands who started out in the late ’90s who were not part of the Brit-pop scene and arrived before Coldplay and other musical artists launched the latest British invasion. After a five-year hiatus, the group returns with a strong comeback album. Rejecting the poppier side of its sound, the group has made an album with a more varied approach that still displays their best assets: Well-written songs and Fran Healy’s sweet and melodic vocals. While it likely won’t achieve Coldplay’s level of commercial success, the group is clearly making some of the best music of its long, celebrated career. 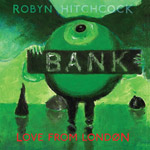 
After recording three albums as part of the Venus 3 (with members of R.E.M., Ministry and the Young Fresh Fellows), Hitchcock is back with his first domestic solo studio album in nine years. Hitchcock’s pop gifts are balanced between his penchant for psychedelic ’60s pop and concise songs that never stray too far into the cosmic sandbox. He also leavens his arch vocals with wit and never becomes too precious. This former Soft Boys member continues to make a case for himself as a living cult legend and does not disappoint in a solo career that is now in its fourth decade.