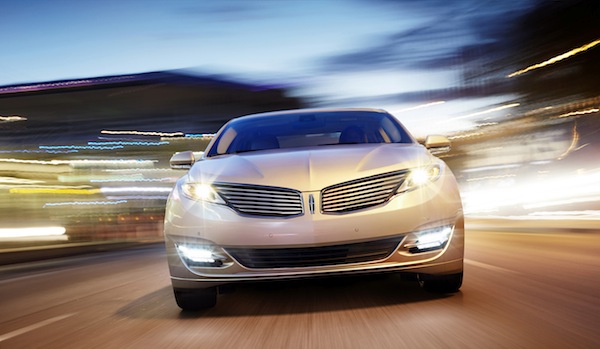 If gas was still .53 cents a gallon like it was in 1975, maybe Lincolns would look like they did then, meaning gunboats with engine compartments large enough for the owner to fiddle in and enough room in the back seat for five guys to pack in and groove to Bachman-Turner Overdrive.

But it’s not, they don’t, and there isn’t. Open the hood of any modern sedan including the MKZ and you’ll find you can’t jam so much as a toothpick in between components, and your king-sized Uncle Frank can fit in the back seat with room for a banana next to him, maybe. If you want interior space, buy a truck, man. 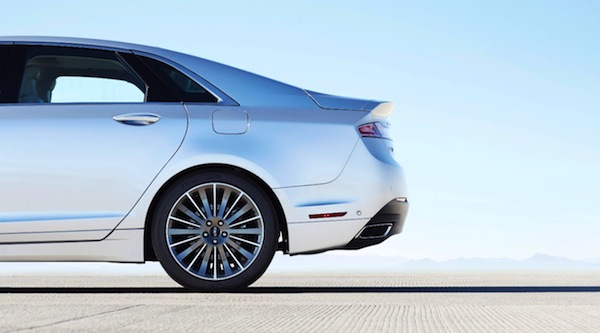 What the MKZ brings us for 2014 is a slim, trim luxury ride competing with German, Japanese, Korean and other makers of sedans nobody was too worried about in the mid-70s.

The MKZ is a handsome gent, with an aggressive, unmistakably American snout and a roofline merging smoothly with a tight, efficient rear. Speaking of the rear, the trunk is gargantuan, with 15.4 cubic feet available to store equipment, mega-groceries, golf clubs or what-have-you. Inside, it’s suitably luxe, though I never did get used to that airplane hangar-looking center console, and it’s not always easy to tell if the touch-sensitive controls are on or off, never mind finding them without taking your eyes off the road. Once you master the controls, they all work well, and the sound system in particular is crispy, bass-y and satisfying.

There is plenty of power via either a front-wheel or all-wheel drive system, and you have your choice of a turbocharged, 240-hp four-cylinder, or a 300 horsepower 3.7 liter V-6. Either engine comes with a six-speed transmission with dashboard-mounted (feh) SelectShift and paddle shifters you most likely will never touch, though it’s nice to know they’re there. Options include a retractable panoramic roof, an above-par-sounding THX II audio system, a “lane keeping” system and first-in-class inflatable outboard rear seatbelts.

I tested both the hybrid model and the gas-powered MKZs, and I preferred the hybrid not just because of the better gas mileage in the hybrid but because I found the hybrid a bit less abrupt. Both succeed, however.

You won’t mistake the MKZ for the love machines of yore, but it’s a suitably powerful, smooth-riding car worthy of the Lincoln badge. 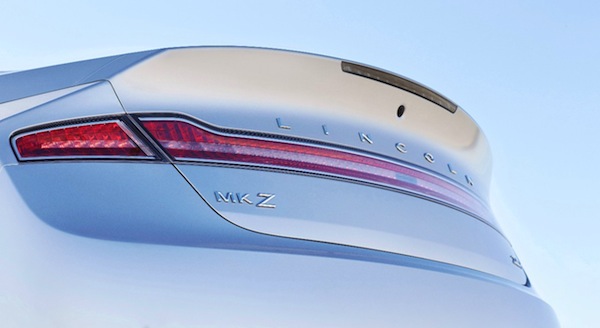