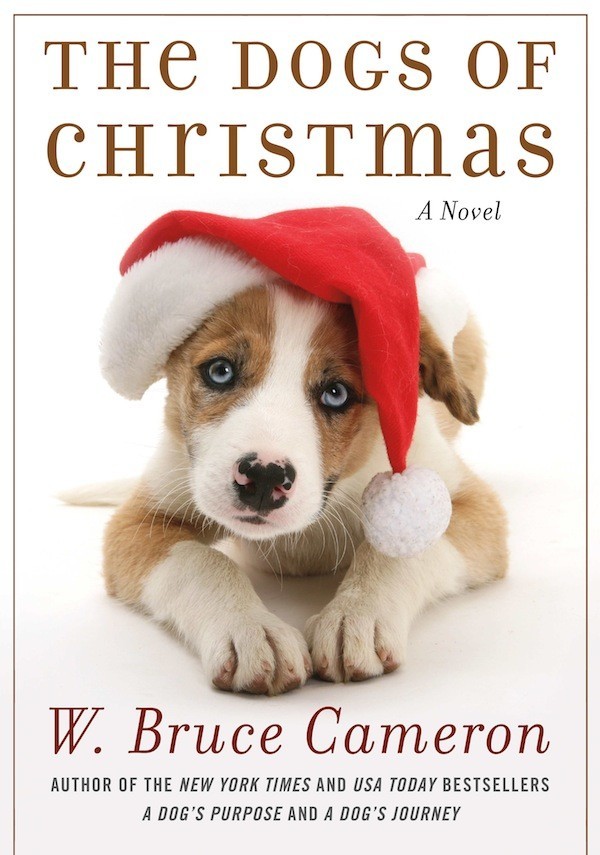 This Christmas, you’re giving up a lot.

You’re giving up a lot this Christmas, whether you realize it or not. But, as in the new book, “The Dogs of Christmas” by W. Bruce Cameron, you’re getting so much more in return.

After Amanda left him for another man, there was barely any reason to even have a phone but he picked the receiver up anyhow, hoping it was her. When he found out who was on the line, he was immediately sorry he did.

It was his scruffy neighbor, Ryan, who told Josh a hurried, convoluted story about France and his ex-girlfriend’s dog, Loose. Blah-blah-blah, and before Josh could protest, Ryan left the dog on Josh’s porch and, tires spinning, was gone.

Loose. As in Lucy.

Josh had never had a dog, didn’t know the first thing about caring for one, and didn’t want this tail-thumping German-Shepherd-something. He didn’t want puppies, either, but he felt bad when Lucy’s puppies died. Was it fate that somebody abandoned five tiny pups in his truck while he was at the vet’s?

Maybe, and it was a miracle that Lucy adopted them. Dogs were pretty awesome.

Still, Josh had lots of questions, so he called the local animal shelter and spoke with a girl named Kerri, who offered to come to his house. He wasn’t expecting her to be so pretty or funny. Josh could imagine himself asking her out—and when he finally did, he decided he liked her. Kerri could almost make him forget about Amanda.

But what he couldn’t forget was that Lucy was somebody else’s dog. Kerri wouldn’t let him forget, either, that keeping six dogs was illegal and that he’d promised to adopt the puppies out—which was something Josh couldn’t bear.

He’d had enough loss in his life. Could he lose his little dog family, too?

It’s a good thing you weren’t sitting next to me while I was reading “The Dogs of Christmas.” I never cry at novels, but I cried at this one… though it’s really not a sad story.

Yes, this book has sad elements in it (ones that dog lovers will completely understand), but it also oozes with humor and charm. Author W. Bruce Cameron introduces us to a wonderfully geeky main character, a sweet-but-socially-inept man to whom bad things perpetually happen. That makes for a delightful story, a perfect plot, and a book that’s hard not to love.

If you must have a holiday tale to put you in the Christmas mood, this is the one you must have. For whatever little free time you’ve got left this season, “The Dogs of Christmas” is worth giving it up for.