“It’s a controversial topic, capable of eliciting confusion, discomfort, and, during one unfortunate encounter in Bay Shore, murder. CONTRACT KILLING? NO. CONTRACT BREWING…ON THE NEXT MAURY.”

“It’s a controversial topic, capable of instantaneously injecting discomfort into a conversation among, or regarding, brewers.”

“Yes. We are referring to contract brewing…”

Should outsourcing, or contract brewing, be allowed?

Before opening a 30-barrel brewery in Bay Shore in May, Great South Bay Brewery contracted with Greenpoint Beer Works for nearly three years. Sobotka, a homebrewer for 22 years, never aspired to contract, but—

WAIT LET’S ASK SOBOTKA…BUT NOW, NOT ON THE NEXT MAURY.

This is our second Brewers Discussing Beer. Enjoy. 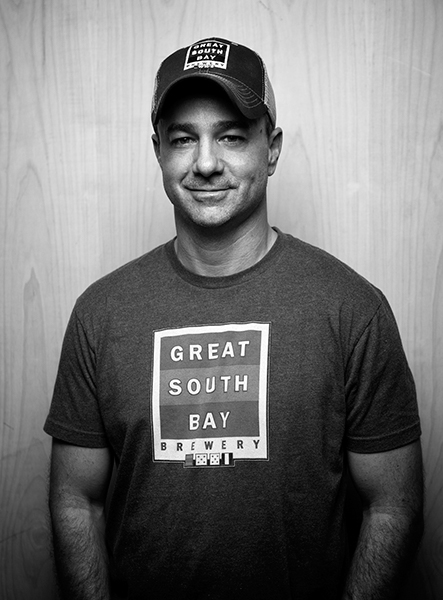 The Ups and Downs of Contract Brewing

Great South Bay Brewery took its first steps in 2009, when I decided to rent a small industrial building at 2309 Union Avenue in Bay Shore. While building this one-barrel brewhouse, I was already in the purchasing stages of a 30-barrel brewhouse and began negotiations to occupy a 4,000-square-foot building on an adjacent piece of property.

What seemed like a straightforward deal turned into a complex mess, and a tiresome losing battle. There were county requirements, which presented hard financial strain to expand the brewery to this property, and it just didn’t pan out. Although the one-barrel brewhouse would eventually produce some of our beer, the economics of this small-volume setup did not work out for our company to make a profit. As our licenses and permits were approved, it appeared obvious that my dream of opening Great South Bay Brewery as, well, a brewery, would be delayed. But I had already employed two full-time people—Greg Maisch, as my head brewer, and Phil Ebel, as my salesman. I was left with a difficult decision to make: either delay the opening, or try something else…

Sixpoint Craft Ales had just ended its contract with Greenpoint Beer Works in Brooklyn, New York, and the space was available. In all my 22 years of homebrewing, I had never desired to have anyone else brew my beer. I basically equated contract brewing with store-bought cookies: good, but not nearly the same as homemade. But as a novice in the industry, I was left with no choice. We decided to sign and the first batch of our beer was produced in October 2010. My goal was to contract brew for three months and within that time, our own 30-barrel brewery would be built. We’d use this just to get off our feet…

Greenpoint makes great beer. There is no doubt about it. Having brewed for over 20 different companies, its track record for helping fellow brewers get on the right path was quite admirable. The first discussion between our companies was to choose the styles of beer that it would brew for us, and I decided on two of my favorites as a homebrewer: Blonde Ambition Ale and Massive IPA. The ingredients and brewing notes were given to Greenpoint, and the pricing negotiation ensued. What I didn’t take into account was that Greenpoint brewed on a 30-barrel brewhouse. The math that I had done for our own setup showed a modest but sizable profit for its size, but now, that same profit had to be split between two companies. I was given a fair price for contracting, but it left us with virtually no profit from the reselling of our beer to our distributor. I had not intended to personally profit from brewing at this time, but the sales from contract brewing left us with a big loss for the first two years. Although we appeared successful to our customers and the general public, we actually struggled to make ends meet.

We began our first few months with Greenpoint very hands-on, instructing its team how to brew our beer, and the result was really good. Blonde Ambition Ale was very similar to its original taste and took off as the big seller. Massive IPA had to change, however, from when it won a bronze medal at Tap New York in 2010. It was much more expensive to brew now, and to give it a reasonable market price, I had to cut down on the amounts and varieties of hops used to brew it—thus the change in taste. I was initially disappointed but I knew that this version was temporary, so I continued to focus on the future of brewing the original on our smaller brewhouse. But what was supposed to be three months of contract brewing turned into almost an almost three-year relationship. There is a long drawn story behind this delay, but I’ll stick to the topic…

My team grew from three employees to five by 2011, and we worked endlessly to build our brand. Every couple of months, we invested in purchasing new kegs to meet our new demand. Unfortunately, because we had no experience to measure against, we never anticipated our next crisis.

In the summer of 2011, Blonde Ambition Ale sold at an amazingly aggressive pace. We had already doubled our production of this beer, but we couldn’t keep up. A contract brewer basically produces beer with a long term, well-orchestrated production schedule, and to change this schedule is very difficult. It’s difficult because, by brewing more of my beer, the contract brewer faces a few dilemmas, like sacrificing another company’s planned batch, or possibly needing to hire new employees or purchase more equipment. Although we analyzed the brewing schedule with Greenpoint, we couldn’t get supplied with enough Blonde Ambition Ale. What may seem like a good problem to have still haunts me to this very day. By having a limited supply of beer, it wears on the trust of our loyal customers and our distributor, who we promised both there would be more. I figured this was merely a growing pain and within a few months, we would remedy the supply issue, or our new brewery would be built and we would leave contract brewing. Well, to forecast the future a little bit, the problem grew even worse in the summer of 2012, and then spiraled out of control in 2013…

In the summer of 2012 we introduced a new beer: Blood Orange Pale Ale. This had been brewed on our own one-barrel brewhouse, and we experimented with it for quite some time. That’s what we used the smaller brewhouse for, basically. Anyway, our final product is what I believe to be one of the most dynamic beers on the market today, appealing to all types of drinkers. Its fruitiness appeals to novice and fruit-loving palates, while the smooth balance of bitterness greatly satisfies the aficionado. With a beer that had plenty of potential, we were curious to see how it would stack up against Blonde Ambition Ale. The result? Blood Orange Pale Ale outsold it, creating yet another shortage. This was a crisis. Because of it, we lost several customers who, to this day, will not buy our beer. It may seem trivial, but I fully understand the problems the shortage created and it is very difficult to place any blame on my lost customers.

Anyway, we got through that summer and pressed on, introducing many more styles, including Snaggletooth Stout, Kismet Saison, and Splashing Pumpkin Ale. Greenpoint was now producing approximately quadruple the amount of beer it had originally planned for us, but as a result, the relationship grew a bit strained. The plan was always to produce beer on our own, and in the beginning of 2013, we were well underway with the construction of our new 30-barrel brewhouse at 25 Drexel Drive in Bay Shore. But the completion date, which was targeted as January 15, got delayed until March, and Greenpoint again struggled with meeting the change. At the end of March, we were cranking out so much beer that something had to give. Kelly Taylor, co-owner of Greenpoint, gave us one more month. At the end of that month, though, I begged him to brew me one more batch of Blood Orange Pale Ale. It was the longest and most silent conversation he and I had ever had. At the end of it, he agreed to bump another beer and help. He’s really a stand-up guy.

Although we had no beer to sell from May 11-May 21, our brewery was finally ready. We lead a customer-focused campaign to reassure them that we were coming back soon in bigger forces than before—and I feel like we did. We’ve brewed and packaged every single drop of beer since May, and the new brewery has been one of the happiest and greatest successes of my life.

But we’re still proud of our history.

I truly believe Greenpoint did all they could for us. Out of all the batches it brewed for us, only a few were quite different from what we expected. A new brewer there had accidently emptied a stout into our batch of Kismet Saison, for example. Thankfully we were not held responsible to purchase it. Our Blood Orange also had some growing pains. At times it was too orangey, then not so orangey, but ultimately it was remedied.

There are many issues you have to accept when contract brewing, but its a risk I needed and wanted to take. These challenges enabled my company, and myself, to grow, and now, my future looks bright…and beery. —Rick Sobotka