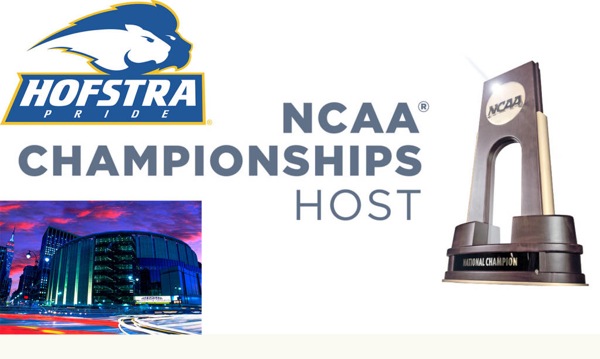 Last week the NCAA announced that Hofstra will be the host school of the 2016 NCAA Division I wrestling championships at Madison Square Garden.

“Coming to New York City and competing for national championships in The Garden will afford these student-athletes with life-long memories,” said Hofstra Director of Athletics, Jeff Hathaway. “At the same time wrestling fans from across the country will have the opportunity to experience all the sights and sounds of The Big Apple while watching the best of intercollegiate wrestling.”

This will mark the fourth time the NCAA wrestling championships will be held in New York following 1955 and 1964 at Cornell and 2002 at Albany.

Hofstra has had a strong wrestling history over the past 65-plus years. The Pride has sent 192 student-athletes to 48 NCAA Championships tournaments with 29 earning All-America honors. In 1976 Nick Gallo became Hofstra’s first and only NCAA champion at 126 pounds.