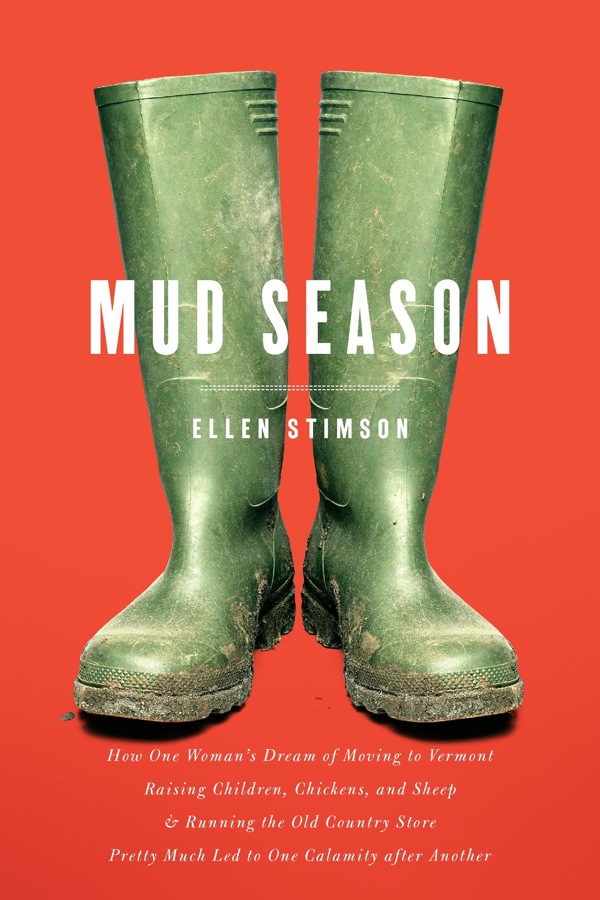 Sometimes, you just need a change.

Life becomes same-old, same-old and that’s boring. You need to shake things up. Get out of your rut. Do something different.

Sometimes you need to surprise yourself or, as author Ellen Stimson says in her new book “Mud Season,” you need to go shopping at the “Life Store.” Just beware of what’s in your cart.

Back when Ellen Stimson’s family was young, Stimson and her husband got a rare chance at a real vacation, so they flew from their St. Louis home to Vermont. She’d always dreamed of seeing the famed New England fall and when she did, she was absolutely in love with it.

She never forgot the beauty of Vermont so, when her children were older and wondering if they could really live anywhere they wanted, being a Vermonter suddenly wasn’t just a pipe-dream. It could be reality—so they moved to Dorset.

But life in small-town New England wasn’t as idyllic as Stimson had envisioned. Her first mistake was to import “foreigners” (a work crew from St. Louis) to remodel the Victorian home she and her husband bought. That didn’t endear them to the locals, nor did their decision to home-school their youngest son. Their fussy-yuppie chicken coop was cause for gossip. When the family bought the local Country Store and (gasp!) moved the bread, it seemed to be the final straw.

But though the locals appeared to be tight-knit and reticent, there were pockets of kindness that Stimson saw: a church minister with a sense of humor visited the family often. A local constable was compassionate during a silly, embarrassing moment. The family got a lamb and lessons in shepherding from a farmer-friend.

Even their banker was kind, but the fact was that buying the Country Store had been a bad decision and, as the family’s finances began to wane, it was obvious that this part of the New England dream wasn’t working. Stimson found comfort in the gorgeous scenery that surrounded her, but mountains and waterfalls couldn’t erase debts. The family began to look for a way out. Could they find it in time to save themselves?

“Mud Season” is a little rough around the edges, but it’s got its goodness.

Without a doubt, firstly, the state of Vermont would be well-advised to adopt parts of author Ellen Stimson’s book for their brochures. Stimson writes lyrically of the incredible beauty of the state’s countryside, which made me want to see it, too.

As for her adopted town’s residents, though, I thought there was a little too much fun-poking. That made me wince sometimes, as did a lengthy litany of disasters with barely a breath. Add overabundant footnotes… and… too much… of this… kind of thing… and, well, it’s rough.

But don’t forget, I said there was goodness—which is in the form of a humorously self-depreciating story filled with grace and gratitude. For that, I think this book is worth a peek. For that, “Mud Season” is a book to put in your cart.