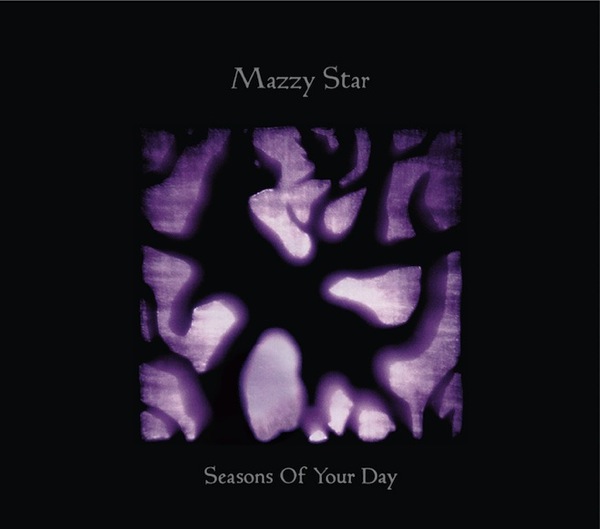 I took that train into the city
You know the one that goes under the bridge
I thought I was listening to a band play the song that changed me
Walked up the stairs, the sunlight hit my face
See all the people just standing around
If all is right in the kingdom tonight
You know we’ll play songs in this town

From “In the Kingdom” by Mazzy Star

There’s no better music to set the atmosphere for post-holiday relaxation than the languorous folk-psychedelia of Mazzy Star. Fans of the band were ecstatic to hear they were releasing another record after 17 years. And their fourth full-length, Seasons of Your Day, picks up where 1996’s Among My Swan left off. In fact, Hope Sandoval and David Roback said they never did stop writing and recording music. They just didn’t release anything new until the two-sided single “Common Burn” and “Lay Myself Down” appeared on their own record label, Rhymes of an Hour Records, in late 2011 (both songs are also on Seasons of Your Day).

Lead-off track, “In the Kingdom,” is vintage Mazzy with Roback’s signature bluesy guitar sound and Sandoval’s dreamy, feline vocals intact. “California,” a psychedelic ode to their home state, recalls Zeppelin’s “Going to California” and the guitar-driven “Spoon” features a guitar duet with the late folk-blues legend Bert Jansch (who is Neil Young’s favorite acoustic guitarist). As always, the songs reveal more upon each listen.

Recorded in California, London and Norway (Roback’s new home), Seasons of Your Day was co-written and produced by Sandoval and Roback and features original members like drummer Keith Mitchell and keyboardists Suki Ewers and Paul Mitchell. Sandoval’s Warm Inventions partner/My Bloody Valentine drummer Colm O’Ciosoig is also credited as a multi-instrumentalist on the album. In addition to the digital and disc formats, Seasons is available on vinyl as a 180 gram double LP.

It’s easy to see why current bands like Beach House and Widowspeak were influenced by Mazzy Star. And now they have more to draw from. Let’s just hope it doesn’t take another 17 years for the dream pop darlings’ next record.