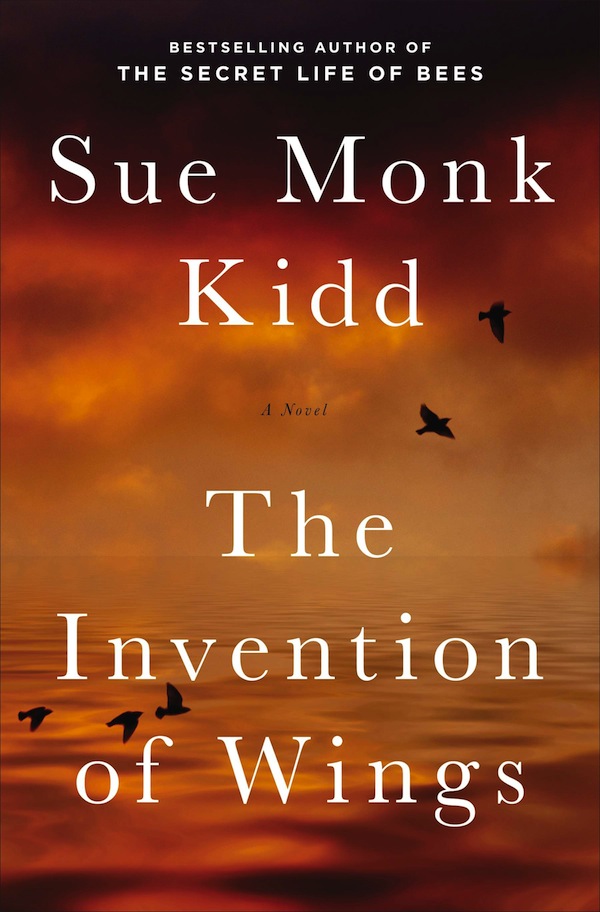 Your best friend has been all a-flutter about something lately.

You haven’t seen much of her, in fact. She’s been sticking close to her nest but that’s okay. Next time you get together, it’ll be just like you were never apart.

That’s the way a long-time friendship is: no matter how much you don’t see one another, you know your friend is somewhere and, as in the new novel “The Invention of Wings” by Sue Monk Kidd, she’ll come flying when you need her.

Eleven-year-old Sarah Grimké did not want to own a human.

Already at that age, she understood that it was wrong to have slaves but Mother insisted. The Grimkés were one of Charleston ’s finest families. It would be unseemly for a proper young lady to be without her own handmaid. So for Sarah’s birthday, Mother gave her Hetty, also known as Handful.

For most of her nine years, Handful figured she’d be a seamstress like her mauma, but it wasn’t to be. After she was given to Miss Sarah, she was told that she was to sleep outside Miss Sarah’s bedroom, like a personal servant would do. But most nights, Handful crept away to Mauma, where she listened to stories of her granny-mauma, and laid beneath quilts that gave her dreams of flight.

Though Sarah tried to give Handful her freedom, it wasn’t allowed by law so she did the next best thing: she taught Handful to read, which was also illegal. They would both be punished for it: Handful, by lash and Sarah, by banishment from her father’s library. It was the final straw for Sarah, who suddenly understood that she would never become a lawyer like her brothers.

No, society was where Sarah belonged, though she thought it dreadful. Once she entered a world of dances and parties, she rarely saw Handful. Sarah didn’t need a handmaid any more and Mother was happy to have Handful back. Handful had become quite the seamstress.

But Handful had also found life outside the homestead walls, sneaking out as much as she could – though if caught, punishment would be swift and harsh but she wasn’t afraid. They could own her body. They would never own her mind.
Sweeping, reaching, and maybe just a tad too long, “The Invention of Wings” is one of those books that pulls you into another world and makes you believe.

That’s because, as you’ll learn by reading the author’s notes, Sue Monk Kidd based a lot of this novel on reality. Yes, there really was a Sarah Grimke, about whom Kidd says she wanted to write a “thickly imagined story….” She succeeds at that endeavor by adding Handful and her mauma. The anger that bubbles just beneath these two characters’ lives, the hopes they harbor and the plotting they do makes this book what it is.

And what it is, is near-perfect. For book clubs and Saturday afternoons, bedtime and lunchtime, if you’re looking for the years’ first great novel, here you go. “The Invention of Wings” absolutely soars.