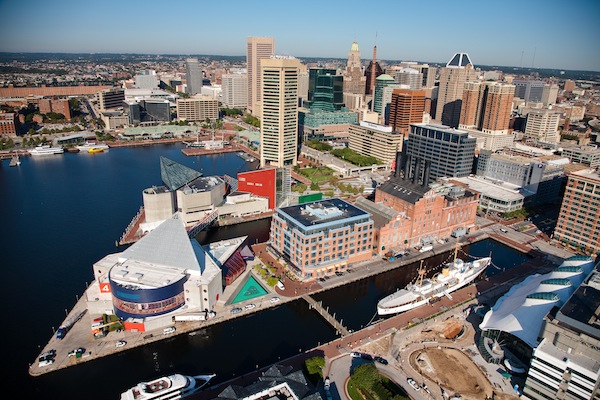 Baltimore is a legendary brick empire that redefines urban renewal. After sliding from a manufacturing stronghold into a depression of near irrelevance, the port cities’ grand factory landscape has been reinvented into an industrial-chic hotspot. Being from this storied metropolis means being somehow connected to the water—whether it be intrepid boating, prying open seafood, or wearing nautical-inspired clothing even in winter. Locals also don’t pronounce the ‘t’ in Baltimore. A relaxed gap between north and south, the hometown of Frank Zappa and John Waters has a history as remarkable as Boston’s, and a future that won’t quit.

Downtown Baltimore’s U-shape frames a harbor that’s a showcase for colonial and modern architecture, likeable tourist attractions, including one of the most beloved aquariums in the world, and classic people watching. Water taxis ply these waters, quickly delivering passengers to various neighborhoods, all with their own trademark charm. Baltimore’s resurgence from a once grim industrial city into trendy factory ritziness reminds me of the similarly amazing metropolitan turnaround achieved in Manchester, England.

Baltimore has also always been a great place to heal. Johns Hopkins is rated as one of the best hospitals in the world, and the University of Maryland’s Trauma Center isn’t far behind. Because of these cutting-edge institutions, a significant number of international patients, and their families, visit here long term and dig in for a cure. But illness is certainly not the only reason to schedule a visit. A few suggestions… 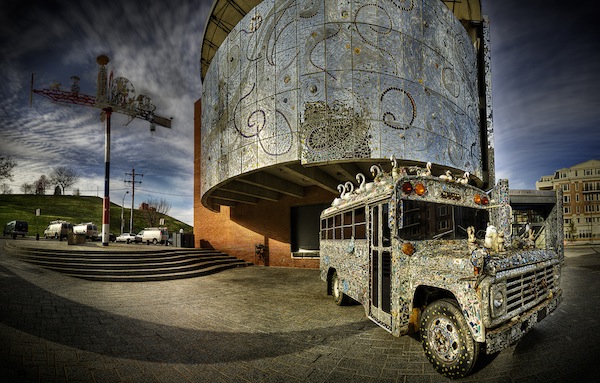 *Baltimore’s American Visionary Art Museum is the official national museum for self-taught, intuitive artistry. Three renovated buildings that are themselves works of art showcase masterpieces created by artists—ranging from the homeless to neurosurgeons—who were never taught not what to do in the making of their art. Many spent decades of intense devotion to create just one work they saw as a fulfillment of a spiritual mission or personal devotion. If you crave a bit of the untamed and wild, visit avam.org. 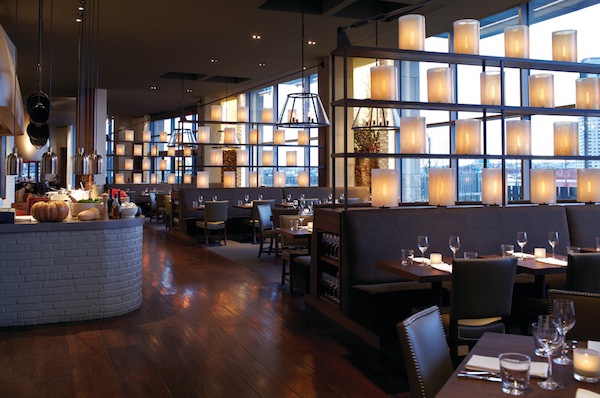 *Wit & Wisdom, a harbor-side ultra-modern American tavern on the ground floor of the Four Seasons Hotel, has an open-air wood-fired kitchen and a hand-pulley operated grill designed by Thomas Jefferson. Its specialty is comfort food with a contemporary Eastern Seaboard twist. The upscale, roomy space—no two diners will ever bang elbows—has high ceilings and flawless service. The staff, including your waiter, gets a ‘cheat’ for each customer sharing their profile, preferences, and tendencies revealed during earlier visits. Even without a cheat-sheet, you won’t have to beg for refills of any of their hand-crafted cocktails. witandwisdombaltimore.com 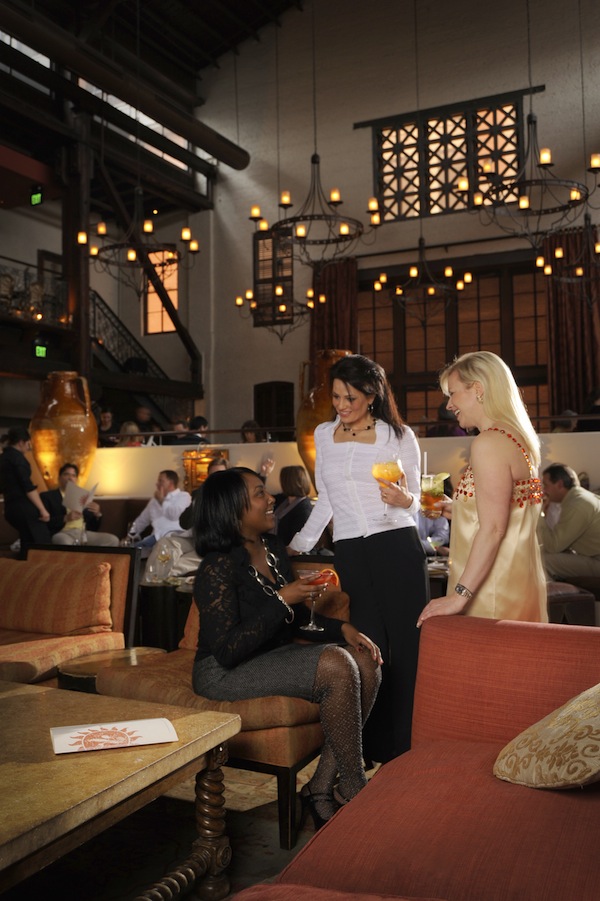 *Another impressively spacious dining spot is Pazo (Galician for ‘grand house’) in Harbor East. This renovated 19th-century iron-works factory has a 65-foot ceiling, its original hulking-wood crossbeams, and huge booths that resemble two posh high-back couches facing each other. This liberating environment—rustic but plush—was once open at one end to accept backed-in freight trains that hauled out bullets and other munitions. The candlelit-style wrought-iron chandeliers and wraparound balcony adds to the wide-open but warm atmosphere. And, oh yeah, prepare for the most indulgent Euro-Mediterranean food and wine in town. pazorestaurant.com

*Baltimore’s Four Season Hotel’s (fourseasons.com/Baltimore) international ambiance is partially kindled by relatives of patients being treated at Johns Hopkins; seems Arab royalty puts this hospital high on its list. There are also guests from every corner of the world mixing with rooted East Coasters. The swankest digs in town, every detail—from the harbor view from your bed to a beguiling staff-to-guest ratio—make luxury seem natural. The hotel also has an incredible spa, whose world-class masseuses leave you wet-noodle limp. The Four Seasons Hotel Baltimore houses the largest hotel art collection in the city. Check it out here here 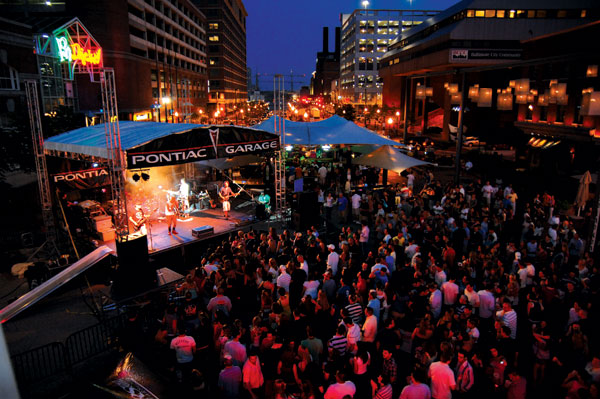 *I usually avoid what can be deemed as tourist traps, but was presently surprised at Baltimore’s harbor-side Ripley’s Believe It or Not! I now appreciate founder Robert Ripley (1890-1949) as a world-traveling pioneer (201 countries) and ‘amateur’ anthropologist. A groundbreaking travel writer on a par with Mark Twain, his museums celebrate (way) out of the ordinary oddities, trivia, unsung heroes, and touchable interactive displays—a tribute to his dedication to collecting mind-bending news and show-and-tells from every edge of the globe. ripleys.com/baltimore

*Amtrak lands near the heart of downtown Baltimore, which is easily accessible along the northeast corridor. Once there, your feet, or inexpensive ferries (or the free Charm City Circulator) can take you pretty much everywhere. Take advantage of a special 30-percent off companion fare discount from Amtrak to save on traveling here. baltimore.org/amtrak

Ps, National Bohemian Beer, colloquially “Natty Boh,” was first brewed in Baltimore in 1885. This Bohemian-style beer’s slogan has long been “From the Land of Pleasant Living,” a tribute to the Chesapeake Bay. Ninety percent of National Bohemian sales are still in Baltimore, where it’s not uncommon to find cans served in many bars for $2. National’s president once also owned the Baltimore Orioles, making Natty Boh the “official” brew served at the ballpark in the 1960s—similar to Schaefer Beer proudly sponsoring the New York Mets in the 1970s.