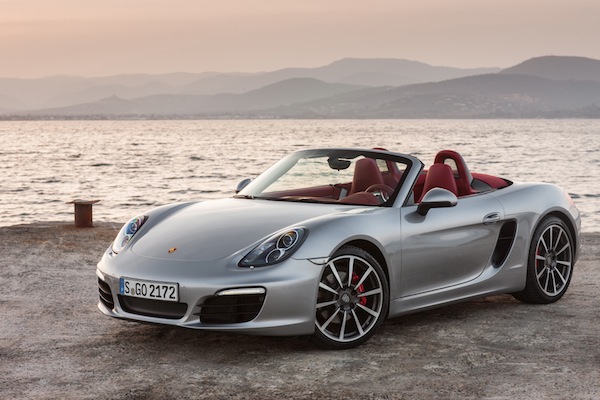 The Boxster used to be my least preferred Porsche for no other reason that it lacked the cruel velocity of its more expensive brethren. But the 2014 model is, for me, the most perfect version of the ride for many reasons, the biggest one being that I’m in it rather than, say, at the office.

It’s got a buttery, guttural purr, and there isn’t a keener Porsche thrill than pinning an eagle eye on your front left fender as you carve out a hairpin turn with a surgeon’s precision, downshifting out of it and continuing your flight on the straightaway. Like the obsessive-compulsive I am, I kept demanding my car repeat that trick over and over again.

The new Boxster rides on a longer wheelbase and a wider track than previous models, and the new dimensions are coupled with larger wheels and a new electromechanical power steering system to enhance the mid-engine sports car’s driving dynamics. It’s also up to 15 percent more fuel-efficient, so your jackrabbit starts cost you (a little) less. Road handling and looks are enhanced not only from an increased wheelbase but also shorter overhangs. The windshield’s been shifted forward, too, lending the Boxster that delicious speeding-while-standing-still look. You’re powered by a flat-six engine with direct fuel injection, the efficiency of which is further enhanced by electrical system recuperation, thermal management and start/stop function.

The base model’s new power unit delivers 265 horsepower from a 2.7 liter displacement – ten horses more than its larger displacement predecessor. It features a manual six-speed gearbox as standard with the seven-speed Porsche Doppelkupplungsgetriebe (PDK) available as an option. It sprints from zero to 60 mph in 5.4 seconds, with the more powerful Boxster S ($60,900) achieving that speed in 4.7 seconds. 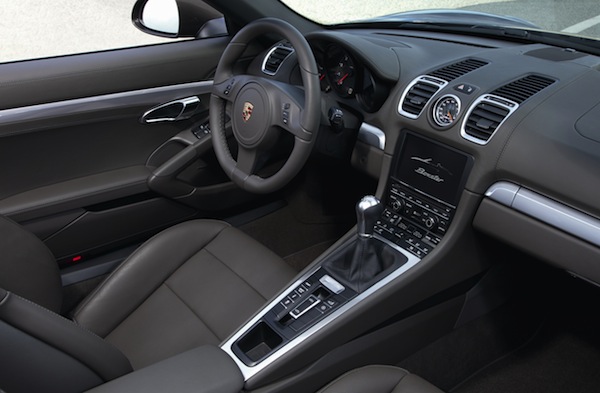 Ok, tech lesson over. Now for the candy. Blood-red leather lights up your interior, and the top raises and lowers in mere seconds. It also operates while you are driving at speeds up to 30 mph, meaning you don’t have to pull over and stop during sudden cloudbursts. The exhaust snort is bullish when starting or downshifting and the car creates murmurs of approval wherever you go. No one calls out, “Nice car, but the GT-2’s way faster!”

The sound system, as usual, is as lame as the car is outstanding. Best to install your own, or listen to the exhaust, tires and road noise.

In a Porsche, that’s sweet music. 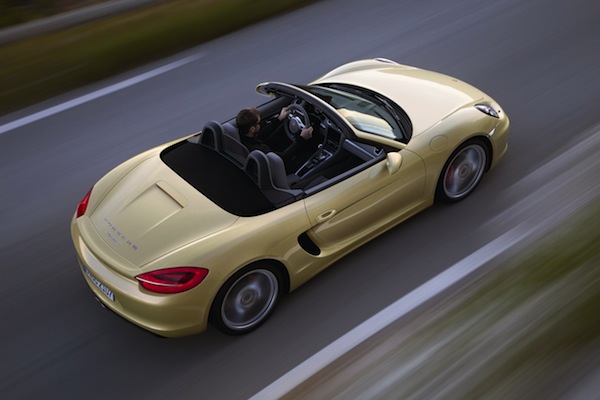