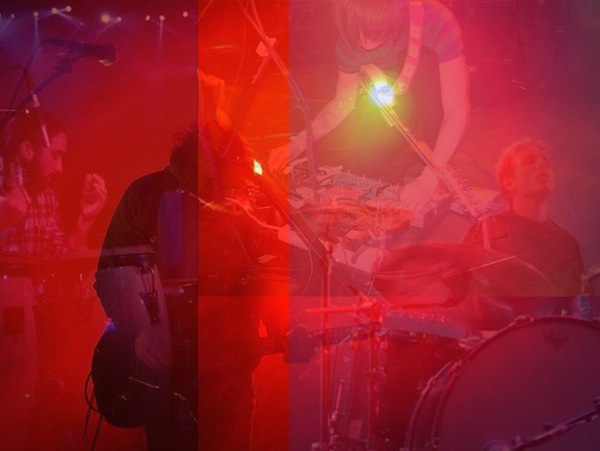 Wantagh’s own jungle-infused psychedelic alt-rockers These People play Revolution in Amityville on Wednesday, January 15th. Lead singer/guitarist TJ Penzone originally intended to have a revolving lineup of band members, hence the name These People, but he ended up connecting with everyone and the band includes drummer Mike Shoureas, bassist/fx Mark Thomas, guitarist Steve Connolly and percussionist/fx Ryan Griffin.

Penzone recently opened a recording studio/production company with Daryl Palumbo of Glassjaw fame and These People are recording a new record tentatively titled Aqua Sounds set for release in May. Look out for a new single and video along with some tour dates.

Pulse: Who writes the lyrics and the music?
TJ Penzone: I do. But I co-write a song or two musically with my brother, Rick [also in Color Film, a new shoegaze project with Palumbo]. My drummer, Mike, contributes creative rhythms and the other guys in the band also add to the recordings with back up vocals and sound effects.

P: How do you describe your sound?
TJ: It’s always been pretty primal sounding. The first record had a bit of a jungle, off-center folk and, at times, noisy sound to it. The next record’s drum beats and bass were all pretty circular, droning guitars and it either got very soft or very loud. The newest record I would say is a pretty healthy mix of the first two records but absolutely goes to another place. I do tend to add landscape sound fx to most of my songs but sometimes that’s more of a fun, subtle thing for headphones.

P: Where would someone find your music in a record store?
TJ: I find it too hard for me to put it into a specific genre because of all the different influences. But if I was forced to classify it I guess it could be considered psychedelic alternative. [70s stylings are apparent throughout his discography]

P: Who are your biggest musical influences—past and present?
TJ: When I was a kid I connected very heavily to Syd Barrett, which influenced me when I started These People. Also Hendrix, John Lennon, Blur, The Zombies, The Talking Heads, Curtis Mayfield, The Kinks, Jesus Lizard, Frank Zappa, Sonic Youth, Roky Erickson, Wire and Gang of Four. And German bands like Can and Neu! really influence me a lot, especially with the rhythm sections.

P: Who would you most like to tour with?
TJ: Robyn Hitchcock. At 60 years old, he still puts out great, original music and he seems like he’d be fun to hang out with.

P: What’s your favorite venue to play on Long Island?
TJ: I don’t have a specific one but if I have to, I’ll make it a tie between the Paramount in Huntington and The Amityville Music Hall. Although they are drastically different, they both have great sound on stage and cool lights. And Revolution, of course.

P: Do you play any covers live?
TJ: It’s not something I usually enjoy doing with a full band because I always find them to be sacred and could never play them better than the original. But, weirdly enough, I will be performing “Pigs on the Wing 1” and “Dogs” from Pink Floyd’s Animals at our show Wednesday at Revolution. That was a childhood goal for me, something I never thought I’d be able to do. The only other songs I’ve ever covered with this band were “You’re Gonna Miss Me” from The 13th Floor Elevators and “Children of the Revolution” by T-Rex.

P: What’s your favorite song to play live?
TJ: Hard to say because we always find ways to change stuff up and bring new life to older tunes but I’d say a song from our last record IN called “It Could Work”—mostly because it’s usually last and we always change the middle section on the spot. It’s fun.

P: Happy Body Slow Brain, Heavy Duty Super Ego and Jason Briggs are opening for you on Wednesday night, with a special DJ set by Daryl Palumbo. Do you know these musicians?
TJ: I know Jason Briggs well, and Daryl is a close friend. I didn’t know the other two bands before we put this show together but they all seem like awesome people, so I’m really looking forward to this.

For more info: thesepeople.org and facebook.com/thesepeopleband
*** And don’t miss a benefit for 31-year-old RN and Long Island native Ursala Altomare on Friday, January 17th at 7pm at Brickhouse Brewery & Restaurant in Patchogue. She is battling leukemia holistically.

The Brickhouse Brewery fundraiser will feature local bands like Heavy Duty Super Ego, a 70’s folk rock band made up of former members of Edison Glass. Also slated to perform are: Pauline Salotti & Friends, I AM TIM, Jellyband, Soundswell and Noah’s Arc. The fundraiser will overtake both floors of the venue, with a Chinese auction, face painting, and live drawing. The $10 cover proceeds will be donated to Ursala’s efforts to heal naturally.