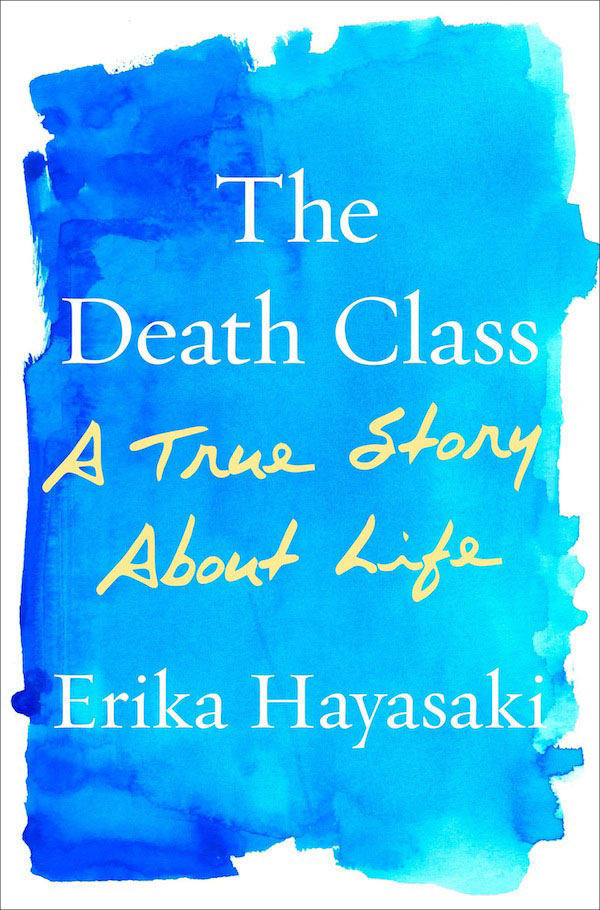 Last year, you went to too many funerals.

There were too many days taken off work to attend wakes. Too much sitting Shiva, too many casseroles eaten in church basements, too much grief and too many friends lost. Even if it only happened once, it was too much.

Tragedies always make you think about your own mortality. Someday, yes, you’re going to die. But as you’ll see in “The Death Class: A True Story About Life” by Erika Hayasaki, you need to learn to live first.

As a journalist for several larger newspapers, Erika Hayasaki had seen plenty of death. She was at Virginia Tech after the shootings, had been on New York City ’s streets, had seen corpses, interviewed survivors; she’d even been close friends with a victim of domestic violence. And it began to bother her—a lot.

“I had become a journalist to try to explain… the world and its stories,” she says. “But death’s mercilessness and meaning, I could not figure out…” So when she heard about a college course taught by a popular, much-loved teacher in New Jersey, Hayasaki begged to be allowed to sit in on the class.

Dr. Norma Bowe agreed—but Hayasaki couldn’t be just a journalist in the back row. She had to participate.

So Hayasaki spent a semester following The Death Class to morgues, autopsies, and a funeral home where the “sacred” happened. She took “field trips” to prisons, visited hospices, examined her own mortality and, as the one-semester project turned into a several-years-long friendship, Hayasaki got to know Bowe and her students.

She learned that Bowe, who is a consummate caregiver, wasn’t just a teacher. Formerly a nurse, she was a mentor, advice-dispenser, calm presence, and advocate, seemingly always on the lookout for opportunities to make a difference. Bowe taught in prisons, redecorated hospices, supported a homeless girls’ shelter, and helped found an organization that fosters change. She taught that life is good, especially if you can make it better for someone else.

Above all, she encouraged her students (old and new) to call her anytime, and she came flying when they needed her. She was there for them—and vice versa, when tragedy struck too close to home.

Though it has a title that might make you think it would be dark, depressing, or even a little bit maudlin, “The Death Class” is really anything but.

That journalism background is apparent in author Erika Hayasaki’s writing, which is excellent: Hayasaki has a reporter’s way of winnowing out the facts, the interesting stuff, small details, and tiny secrets that make us want to know more. She immerses us so well into the story of the class, students, and the professor that it’s almost easy to forget we’re reading. We become part of what’s happening, complete with triumphs, gasps, and life-affirming inspiration.

This book is fascinating, a true pleasure to read, and I think that if you want something that puts life’s purpose into perspective, this is it. For you, “The Death Class” is too good to miss.