Some of the most talked about 2013 releases that we’ll still be talking about in 2014. 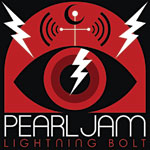 
On the group’s first album in four years and its second on its own label, Pearl Jam continues to refine its sound beyond its early grunge roots. “Sirens” is not only one of the best songs Pearl Jam has ever written and recorded, it may be the song and recording of the year. When the group pursues this more melodic sound and eschews the sometimes rushed and bombastic sound of the worst of grunge, it proves what a true powerhouse American group it can be. 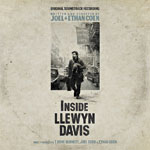 
The Coen brothers and T Bone Burnett collaborate again on an authentic soundtrack of roots music. Moving from the rural Americana of O Brother, Where Art Thou?, they now tackle the sound of the Greenwich Village folk scene. With this film, the music is not a backdrop, but the center of a struggling folk singer’s story. The tracklist encompasses a wide variety of artists from the period such as Dave Van Ronk and Bob Dylan to newer artists like Punch Brothers and Marcus Mumford, alongside equally excellent performances from a cast that includes Justin Timberlake and Carey Mulligan. 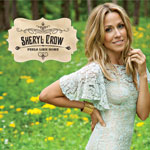 
Moving from her long tenure with A&M to Warner Brothers’ Nashville division, Sheryl Crow makes a seamless transition to country. Her last album was filled with Memphis soul and now she moves a few hundred miles northeast to make an authentic country album that’s more Emmylou Harris than Carrie Underwood. Country has long been a part of Crow’s sound and part of her roots, making this stylistic change feel as comfortable as a well-worn saddle. 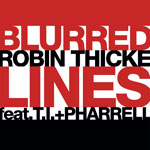 
When he’s not performing with a twerking Miley Cyrus on the MTV Video Music Awards, Robin Thicke is carving out for himself an enviable career as a savior of white r&b pop, particularly on this latest album. With a wink and a heavily controversial sample on his latest work, Thicke attempts to elevate the unmusical world of pop rap to something with some actual soul. While Thicke occasionally gets lost in the trappings of the pop milieu on some of the tracks, he entices the listener with his pleading falsetto and righteous soul instincts. 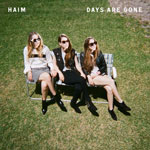 
These three Los Angeles-based sisters have made one of the best debut albums of the year. While on the surface their chirpy, staccato vocals recall the infectious hit singles produced by the latter-day Eagles, Colbie Caillat and even Fleetwood Mac, there is an indie edge here that flirts with bad-boy danger. As the group continues to develop its natural sibling vocal blend, becomes more sophisticated and strengthens its rock band muscle, they could become one of the first great rock bands comprised of three sisters.