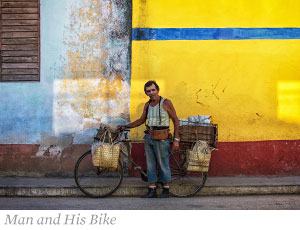 A glimpse of Cuba’s rich cultural history will be displayed in the photographs of Marzena Grabczynska Lorenc at the Alfred Van Loen Gallery for one month only. The modern scenes depicted in Inside Cuba may seem at first to be tourist photos by the keen traveler, but Lorenc’s skilled eye captured images that transcend photo album fodder. The cliché “a picture is worth a thousand words” applies here, as Lorenc has a “deep and abiding love of literature” and acknowledges a “poetic nature” to her photography. Her background as a published and award-winning lensman comes to the fore with every craggy face clenching a cigar, colorful casa and gleaming antique car. 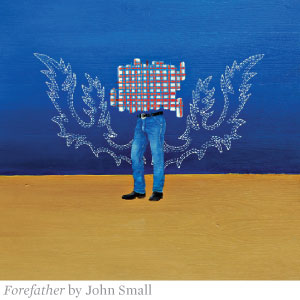 Gallery North in Setauket has joined forces with curator Jacquelyn Lipp of Manhattan-based Streetwater Arts to feature a bold slice of art brewed up in the Big Apple. Wildly different interpretations of modern life are present in two of the artists: Matthew J. Mahler uses complex geometry that ponders symbology while Clintel Steed’s meditations on power, good and evil are presented in his colorful “explosion of an image.” Movement is a major aspect of the other artists. John Small presents his ongoing narrative of a fictional, naturalistic journey in wood sculpture, installation and paint while Paul Zepeda employs the movements of oxidation and rust on metal to give his modern paintings and sculptures an ancient look.