Some complain the newly redesigned Cherokee is as much of a “Jeep” as “Psycho” character Norman Bates was a “woman.” They’re right on both counts. The Cherokee sure as hell isn’t my Dad’s 1960 Willys, capable of towing a blue whale out of the ocean if you winched it up, but it’s hard not to love a machine that disregards snow the way a cat disregards a hundred dollar bill if you put it down next to an open can of tuna. Long Island was, in both December and January, pulverized by monstrous snowstorms that dumped, depending on where you were, 9 or so inches of white stuff onto the ground, followed by a vicious chill , but my Cherokee simply drove over the drifts or punched through them like so much jello. It also, unlike the Willys, doesn’t make much noise, its heater works and it gets a decent 20 or so miles to the gallon, making it a win-win test. 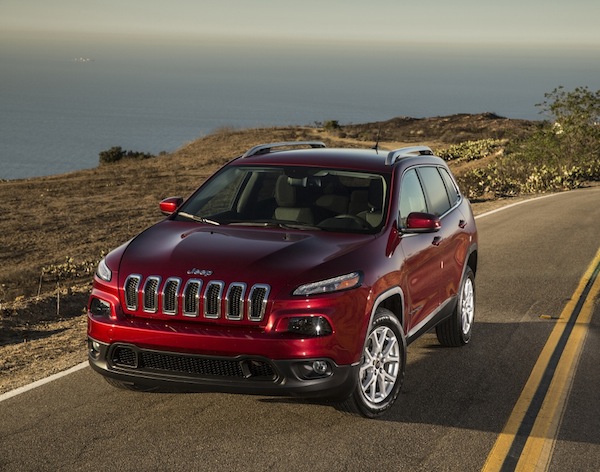 The inside is plush, and the vehicle’s got a little, not a lot of power. There’s a slight hesitation in the controls, especially during acceleration and when rapidly shifting forward-reverse-forward-reverse when parking. My test model was the tricked-out, top-of-the-line Trailhawk, but you can opt for lesser trims with 4 cylinders and still get by, as well as spending less money. The base 4-wheel drive system, called Active Drive 1, will get you out of drifts and through the mud. Active Drive II gives you low-range gears, enabling you to ford streams and tackle off-road terrain. 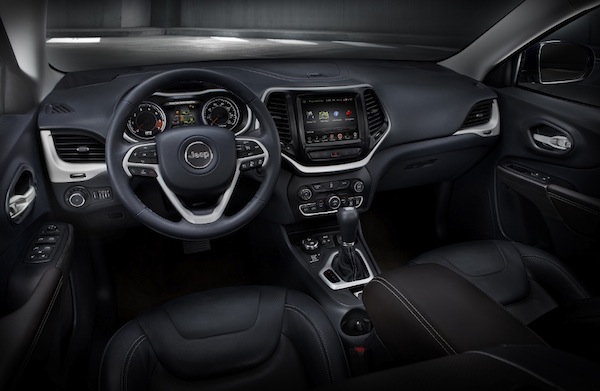 In case you don’t know what you’re doing when going off road, which includes most or all of us, Jeep provides with its 4WD Cherokees a system called a Selec-Terrain, giving you the choice of “Auto,” “Sport,” “Snow,” “Mud/Ruts” and “Rocks.” (“Rocks” is available on Trailhawks only.) A nine-speed transmission is seamless, and you feel suitably safe when sharing the road with bigger galoots whizzing by you.

Lookswise, the Cherokee has a forward-looking, predatory front giving the appearance of motion even when parked. That’s where most of the purist complaints occur, but the update didn’t bother me, and it wouldn’t bother you either if you were trying to find your way home like Nanook of the North and you had this ride. If you want a rugged chariot that can go anywhere and do anything but isn’t as big as a house, this is it. 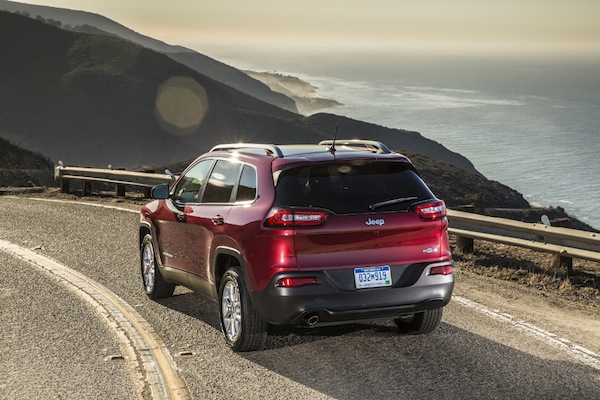