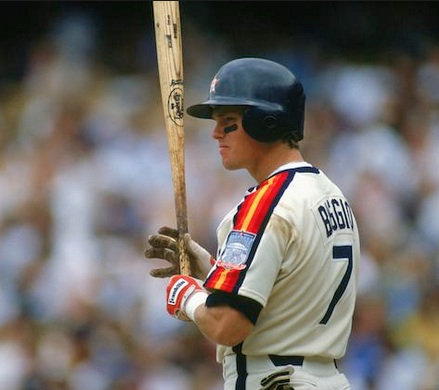 Biggio received 74.8 percent of the necessary 75 percent of voters for induction to the Baseball Hall of Fame.

More notes on Biggio (from Astros.com)

-His 668 doubles are the most in Major League history by a right-handed hitter and rank fifth all-time among all hitters.

-Biggio also holds the NL record for career leadoff home runs with 53 and the modern Major League record for being hit by a pitch with 285.

-Biggio was a seven-time All-Star and four-time Gold Glove winner, and is the only player in MLB history to be named an All-Star at both catcher and second base.

Fans can view an array of different artifacts and pictures of the “Greatest hitter that ever lived.” These memorable displays range from Ted Williams’ days in the military through his professional playing career. This museum is dedicated to some of the greatest players to ever “lace ’em up,” including Willie Mays, Joe DiMaggio, Mickey Mantle, Roger Maris, and Sadaharu Oh.