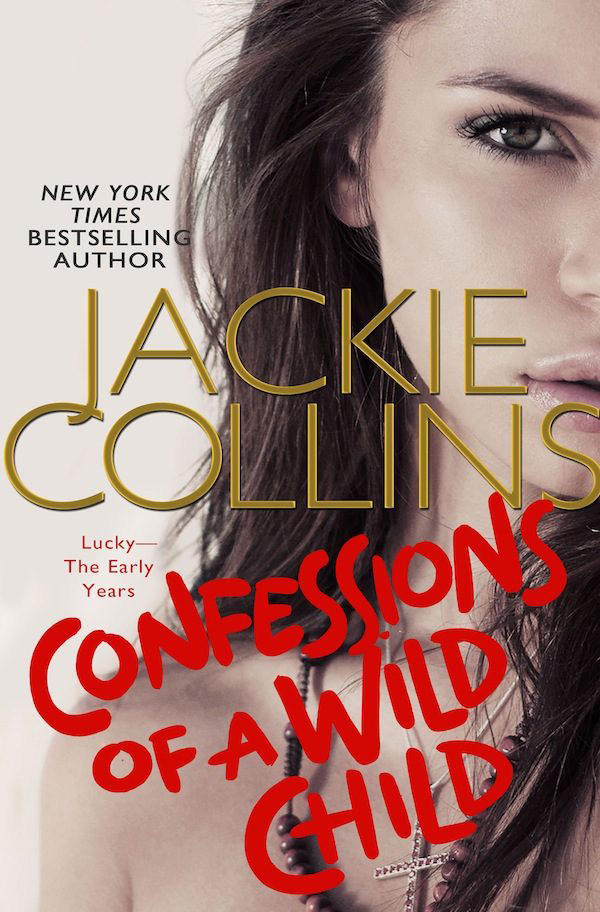 Oh, the things you got away with when you were a teen!

Cutting classes and hanging out in the school parking lot. Sneaking out of the house when your parents thought you were asleep, parties when they weren’t home, “borrowing” their car, busting curfew, stupid stuff you hope your kids never do.

You got away with a lot. It’s a good thing your mother never knew.

Then again, as you’ll see in “Confessions of a Wild Child” by Jackie Collins, she probably did the same things when she was a kid.

Almost-fifteen-year-old Lucky Santangelo was tired of being in prison.

Ever since her mother was murdered ten years prior, Lucky’s father, Gino, kept Lucky and her brother, Dario, locked in their posh Bel Air mansion. They weren’t allowed to go anywhere unchaperoned, though Lucky was good at sneaking out. Outwitting Gino was fun – until the day he informed her that she was being shipped to a “very expensive” boarding school in Switzerland.

As it turned out, it wasn’t the worst thing that ever happened. Eager to find out about boys and sex, Lucky and her boarding school roommate escaped every night, biked into town, drank, and played a game Lucky called “Almost.” It was a fun, empowering game in which she “almost” lost her virginity to several local boys.

Kicked out of the Swiss school for “Almost,” Lucky was sent to a different school in Connecticut but she didn’t stay long: her former roomie, a Greek heiress named Olivia, invited Lucky to the south of France . It was easy to get there. It was even easier to forget to tell Gino where she was.

Caught once again, Lucky was dragged to Las Vegas , where Gino told her that he’d figured out how to tame her. As much as she wanted to walk in her father’s footsteps and go into business, Lucky wasn’t destined to run the Santangelo Empire. No, that would be Dario’s future. For Lucky, marriage and babies were inevitable.

And Gino Santangelo believed that was that.

But if he thought he had a wild child before, he hadn’t seen anything yet…

Every once in awhile, I get in the mood for a good trashy novel and, really, you can’t beat a book by author Jackie Collins. You can’t. Still, there are bumps and bruises inside “Confessions of a Wild Child.”

It’s often hard, first of all, for an adult to write in the voice of a young teenager, and the first few pages of this book reflect it: Lucky sounds like a middle-aged woman. That bump passes quickly, but occasionally returns; there are also light continuity errors in here, and some preening repetition. Turn up the heat, though, and you’ve got a story that has its flaws but is, overall, a delightfully guilty pleasure.

Though Lucky is a teenager in this book, this is an escapist-novel for adults. If you’re looking, in fact, for something to take on that mid-winter vacation, “Confessions of a Wild Child” is a great book to get away with.