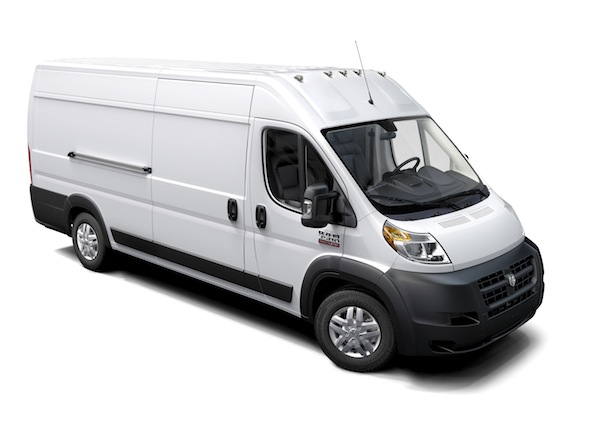 Normally, vans wouldn’t have a place in an Auto Gigolo Pulse column, what with their association with 70s hedonists, stinky musicians and hitchhikers who won’t accept a ride in one. But when a ride rocks, it rocks and we’re gonna tell you all about it.

Forget the fetid, rattling, box-like love machines of yore. The ProMaster is both swank and swift. Others have poked fun at its Kermit-like positioning of headlights above the bumper, lending it the appearance of being permanently shocked, but many found its face endearing, and its carved, masculine yards of metal stem to stern make it a singular looker. And is there anything, in our packed-to-the-gills world of houses, garages, closets and cars, more pleasing to see than a completely empty anything? Open the rear or side doors of the ProMaster and its an artist’s canvas.

Plant rows of seats back there and cart a mob off to a rock concert, picnic, rave or what-have-you. Install plush leather seats, a high-end sound system and a fridge and you’ve got a higher-end partymobile than anyone driving a VW minibus could ever dream of. 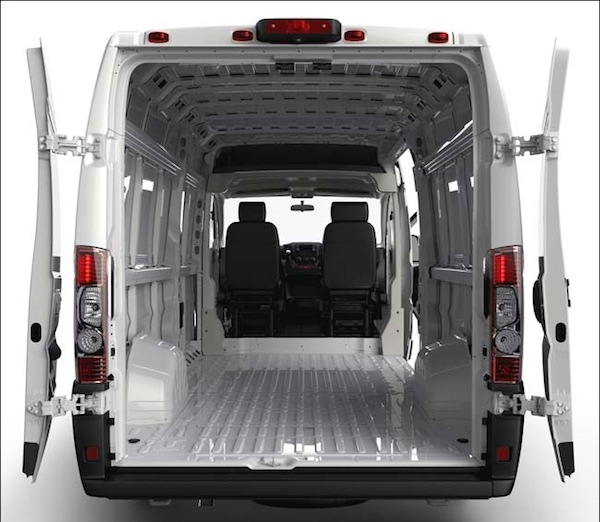 It’s also front-wheel-drive job snowpuncher available in no less than 14 trims ranging from the 1500, 2500 and 3500. With a maximum payload of 5145 pounds, you can haul a blue whale calf in the interior if need be, too.

To cement the charms of the ProMaster in your mind, its only competitor is the Mercedes-Benz Sprinter, which has gone unchallenged since its introduction in 2001. Nissan’s NV-series comes close, but it’s just not in the same league.

For more information, trims, options and pricing, go to the Ram website.