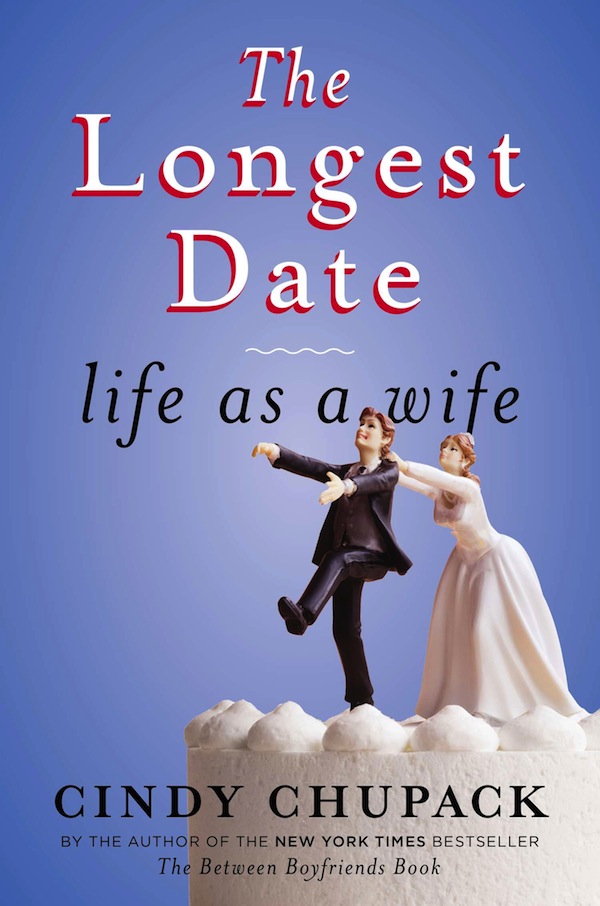 Your six-year-old neighbor has a better social life than yours: she has play dates all the time. You haven’t dated in eons. But read “The Longest Date” by Cindy Chupack, and you’ll see that these things just take time.

Ever the romantic, Cindy Chupack says that, while single, she “slept only with men I believed I could marry.” She won’t – can’t – say how many men that was, but “[a]lcohol was often involved.”

Oh, sure, she’d been married before but it didn’t work out – mostly because, two years postnuptial, her then-husband realized “he might be gay.” Chupack was nonetheless hopeful for Happily Someday After, which is why it was nice to meet Ian.

Ian was cute and impulsive in a fun way; the kind of guy who stayed in touch with old girlfriends and was “definitely more of a bad boy than I had ever dated.” Chupack told herself not to fall for him. She knew his type. Ian wasn’t “that guy.”

But he was, and she made room for him in her “Fabulous Beach House,” though it irked her that Ian “would come with things” for which she also needed to make room. He came with far-fetched dreams, outrageous holiday rituals, and friends she’d have to spend time with, too.

Still, she married him… and came home from the honeymoon, pregnant.

Realizing that she wanted children badly, Chupack was happy – until she miscarried her honeymoon baby, and then she lost another. Fearing that she was “too old” to get pregnant again, she and Ian tried nearly everything modern medicine had to offer (and some things it didn’t). They also fought, made up, got a dog, renewed their vows annually, and learned to be marriage partners long before they’d ever need to learn to be parents.

“Maybe fictional characters live happily ever after,” says Chupack, “but for the nonfictional rest of us, the story continues with a lot more complexity…”

Author Cindy Chupack says in her introduction that she “wanted to tell the honest, horrible, hysterical truth about the early years of marriage.”

But I think “The Longest Date” missed the mark.

Now, I have to admit that there are a few chuckles here and there in this book. Not belly-laugh stuff but yeah, it’s comedic. What I saw more of, however, was an abundance of heels-dug-in fussing and angst-y, cynical wisecracks. That can be amusing but it can also be annoying, and the latter is what won this race in my eyes.

The reason to read this book lies in the parts not intended for humor. That’s where Chupack does absolute magic in her story – but is it enough? That would depend on what you want in a book: some readers might find “The Longest Date” to be perfect, while others might think it too cheesy.