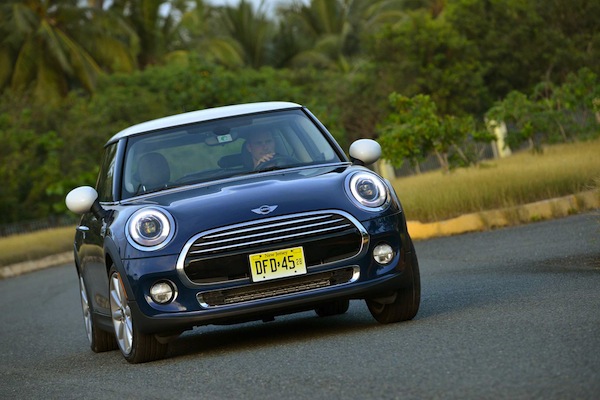 Combining off-the-charts cuteness with a practically unrivaled ability to shoehorn itself into the meagerest of parking spaces, every new Mini Cooper I’ve driven in the last 10 years has been an official Great City Car. Each new model has proven itself a 4-wheeled bobber and weaver that looks swank, gets respect and maneuvers like a quick, giant metal mouse.

This test, however, took me to the shores of Puerto Rico, where I dumped my gear at The Ritz-Carlton at Dorado Beach and spent a day blasting through winding mountain roads like a kid driving a go-kart, stopping only for some coconut milk bought from a machete-wielding roadstand guy who sliced through a husk like so much jello. It was an exhilarating, fun day behind the wheel and the 2014 Mini carries forward the previous models’ place at the top of the premium small car segment.

You climb in, start off and you immediately get that feeling of a well-tailored suit—everything just fits, from seat to feel of the wheel to shifting and seeing behind you. The only gripe I have is the fairly long distance between pressing the accelerator and seeing any resulting action, with the result that I stalled frequently for the first 2 hours.

Things weren’t helped by the quiet of the engine, something some carlovers like but which I don’t as I like to hear as well as feel my engine. You can get around the accelerator numbness by giving it plenty of gas at each startup.

Two newly developed power units featuring MINI “TwinPower” Turbo Technology are available to choose from. The Mini Cooper has a 3-cylinder engine with a peak output of 134 horsepower. The 4-cylinder engine of the MINI Cooper S packs 189 hp. Another new feature is a standard 6-speed manual transmission, along with a 6-speed automatic transmission that is optionally available for all engines. Increased engine efficiency, extensive “minimalism” technology, optimized weight and enhanced aerodynamic properties go together to produce a reduction in fuel consumption. Seriously, you’ll get something like 30 MPG combined if you take it easy on the accelerator. 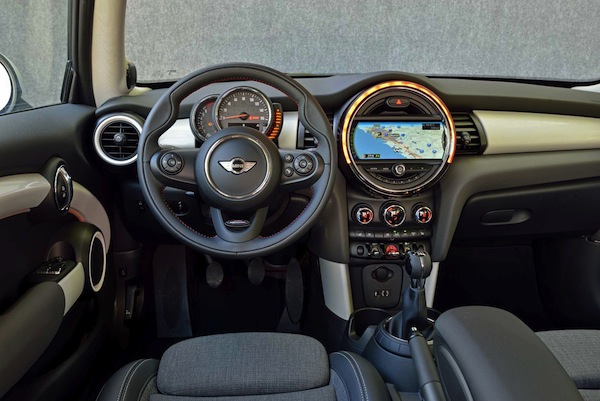 The Mini’s a retro winner with four tires placed squarely in today, and should be on your short list of great cars for beginning drivers, those of smaller stature or those who just love well-made machines.