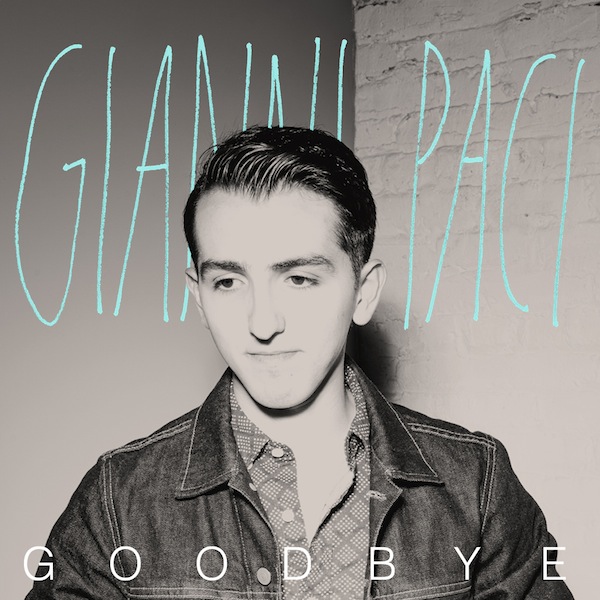 Born and bred in Oyster Bay, Gianni Paci grew up listening to Green Day and Gorillaz, but it was The Beatles, and Paul McCartney in particular, who most influenced his sense of melody. The twenty-one-year-old singer/songwriter/guitarist just graduated from NYU with a BA in Musicology and has already shared the stage with the likes of Mike Starr (Alice in Chains), Ace Frehley (KISS) and Steven Adler (Guns N’ Roses). He’s also opened for Owl City and Long Island’s own Richie Cannata.

Paci released Something My Heart Understands with his retro-rock collective, The Pine Hollows, in 2013 before deciding to go solo.

He is now at work on his solo debut with producer Eren Cannata at Cove City Sound Studios in Glen Cove. And on February 1st, Paci released the single “Goodbye” off the album set for release next year: giannipaci.bandcamp.com Keep an eye out for the video at giannipaci.com

You can see Gianni live at a free show at Piano’s in NYC on Tuesday, March 4th at 7pm, and he will also be performing a free all ages show at Dolphin Bookshop in Port Washington on Friday, March 21st at 7pm. As Paci says, “Bring the family!”

Pulse: How do you describe the sound of your single, “Goodbye?”
GP: “Goodbye” is really a culmination of all the things I had been itching to do with my old band, The Pine Hollows, but could not. It’s very danceable in a contemporary radio sort of way, but at the same time, very quirky and representative of my roots as a songwriter. It was not an easy process in that we spent more time on “Goodbye” at the studio than on any of the other nine songs on this record, but I am very happy with the result. It’s definitely different from anything else I’ve done before. And the palette with which we worked is very new to me, being that I come from an old-school, rock-and-roll mindset. Straying from my traditional guitar-bass-drum-keyboard setup and diving into something more electronic and of-the-moment was very fun and exciting.

P: How has your sound evolved from The Pine Hollows?
GP: The Pine Hollows, in a sense, was my reaction to hearing The Beatles for the first time. As strange as it sounds, I had not heard a complete Beatles album until about three years ago, right before I started college. I listened to Abbey Road and it blew my mind. I had been writing songs for a little while before that, but it was their discography that really inspired me to hone my craft. In a way, that was my college education… We had to play at least some of The Pine Hollow’s songs live, so I would have to write for what we were capable of recreating at any of the dingiest bars in Manhattan. Going solo has allowed me to move beyond those limitations and to let my imagination run wild.

P: What’s it like recording at Cove City Sound Studios owned by Richie Cannata?
GP: Recording at Cove City was really a dream come true. I have never felt so at home in a studio. I called Richie on a whim one day last year after hearing about the studio from a friend and I felt like we hit it off right away. It’s not so easy to find someone who speaks the same language as you, but Richie really knows what he’s doing and obviously has the experience to back it up. Eren Cannata is an amazing producer. He brings such energy and enthusiasm into the studio, I don’t know what I would’ve done without him. My songs tend to come from a very personal place and sometimes performing them brings up those old, heavy emotions. Being in a studio can feel like swimming in a fish bowl at times, but he helped to make it a really fun process. Steve Wall is such a good engineer that I was able to just focus on the music. He got really amazing sounds, along with James Meslin, who did some engineering as well. John Arbuckle and Zachary Rippy were a great help in the studio. The rhythm section was fantastic, of course: Neville L’Greene on bass and Kevin Bregande on drums were unbelievably tight and creative. We’ve completed a full-length album as a team and I am really looking forward to sharing it.

P: Who are your biggest musical influences aside from The Beatles?
GP: The Rolling Stones were a big influence on my guitar playing—with all of those open-tunings Keith Richards would employ as a less-is-more approach. But I have to say, most of the stuff I have been listening to lately is either really old to me or relatively new: bands like Green Day and Gorillaz were some of the first cds I bought when I was ten or eleven years old, inspiring me to pick up a guitar in the first place. Then there’s artists like Katy Perry, Beyonce or Miley Cyrus who I have been listening to quite often these days. Some of my friends don’t understand the mixture, but I just love the production and the songs on those albums like I love King Crimson, Nirvana, Bob Marley and Joni Mitchell. It’s a bit of here, there and everywhere. But I don’t see any problem with bridging the new with the old. A good song is a good song.