Casual art enthusiasts and serious art collectors have much to look forward to as two major art events spread their kaleidoscopic wings in March and April. This year’s Armory Show and Artexpo will feature paintings, photography, sculpture, multimedia and more from artists and galleries representing every corner of the globe.

Both shows will take up residence at Pier 94, the artistic heartbeat of the city’s ongoing West Side/Hudson River resurgence. The piers remain a cornerstone of New York history and a key element to its iconic mise-en-scène. The picturesque setting gives both exhibitions an opportunity to indulge in the city’s deep historical context and its timeless cultural credibility.

Armory Arts
The original Armory Show took place in 1913 at the 69th Regiment Armory on Lexington Avenue between 25th and 26th streets.

The show introduced America to modern art and was revolutionary in its seamless integration of artists from seemingly disparate parts of the creative and cultural spectrum. Edward Hopper’s work stood effortlessly next to Van Gogh’s and Duchamp’s. A century later, the Armory Show remains committed to offering a diverse cross-section of work to the viewing public. This year’s show will also feature the first edition of Armory Presents, which will shine a light on solo and dual artist presentations from galleries less than a decade old.

“We offer individuals a look into modern and contemporary art from over 200 of the top galleries around the world,” said Noah Horowitz, executive director of the Armory Show. “In the past twenty years, the Armory Show has transformed into one of the leading international art fairs, as well as a cultural institution in New York.” 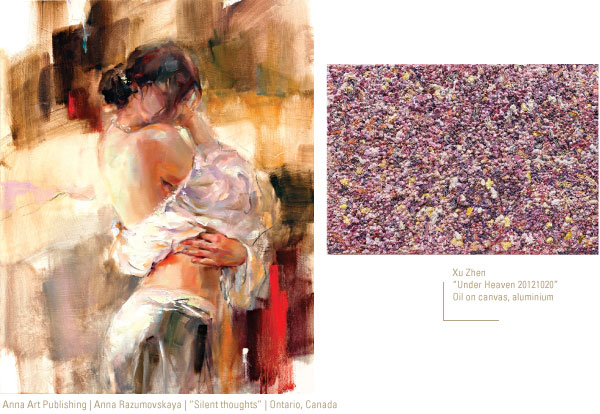 A recent tradition of the show is to focus on a specific geographic location. With this year’s focus on China, the Armory will celebrate the work of Chinese multi-media artist Xu Zhen and has invited him to co-create the show’s overall look.

Zhen’s imagination and execution knows no bounds. From the narcotic purple warmth of his aluminum and oil on linen creation, “Under Heaven—20121020,” to the mixed-media pain and protest of “the Starving of Sudan,” Zhen’s work can be soothing or subversive, contemplative or carnal. His diversity of message and fluency in many styles embodies the contemporary and eclectic aesthetic that the Armory Show represents. The show’s focus on China also speaks loudly to global shifts on issues like freedom of speech and ideological global integration.

“The great distance and associated costs made this year’s focus initiative particularly challenging to pull off, especially with Chinese New Year falling at such a critical moment in the production cycle,” said Horowitz. “All in all, we’re incredibly proud of the China focus initiative and it’s a real honor for us that over fifty percent of the Chinese galleries that are taking part this year have never exhibited at a fair outside of Asia before. Many of the artists will be presented on US soil for the first time.”

Artexpo Follows Armory
A month after the Armory Show moves out, Artexpo will move in to Pier 94. Now in its 36th year the exhibition bridges the gap between artists and their benefactors: The publishers, galleries and collectors who compose the artists’ audience. 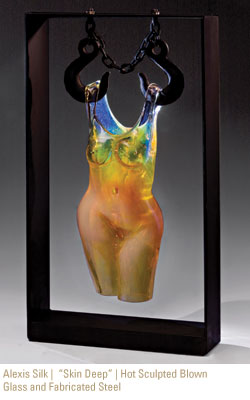 Highlights include the soft and mysterious allure of Ontario’s Anna Razumovskaya. Her figurative portrait, “Silent Thoughts,” is an evocation of Degas’ impressionistic sensuality with its curvaceous subtlety and feathered brush strokes of soft hair and skin. The introspective abstract work of British Columbia’s Hollander is also worth noting. The one-name artist’s “Untitled,” is a rich, red meditation on space and texture. The psychedelic detail of Atlanta’s Elisha Leventis’ “Brown Eyed Beauty,” also captivates with its ocean blues and earthy browns—connecting us to the cycle of the seasons, the cycle of our cells and the cycle of ourselves.

Part art bazaar and part high-stakes showcase, Artexpo is a juried show, but it does not restrict itself with any agenda of elitist exclusion. Rather, it prides itself on giving a voice to new and emerging talent as well as established artists across a diverse range of media, styles and disciplines.

“In our jurying process, we like to think we have selected the best in every category,” said Eric Smith, CEO of Redwood Media Group, the driving force behind Artexpo. “Whether contemporary or traditional, landscape, figurative or abstract, painting, photography or sculpture. [We feature] established artists with long lists of credentials, emerging artists elevating their careers, galleries from around the world and art publishers showing some of their most popular artists’ work.”

Ultimately, what the Armory Show and Artexpo 2014 will both do is collect the vibrancy of the diverse artistic diamond that is New York City and reflect it outward, like a beacon from the shores of the Hudson, for everyone to see.