CDs from female artists who continue to dominate the music scene


While many new female pop stars rely more on provocative looks and questionable behavior than talent and vision, a few actually show some ability. Lorde, the 17-year-old precocious bibliophile from New Zealand, won’t be confused with Joni Mitchell, but on her multi-Grammy winning debut, she does display shrewd pop instincts and has the potential to develop into a real artist. While her electro sound and slangy, rap-pop vocals are nothing new, she has done a great deal at such a young age on this smashing debut. 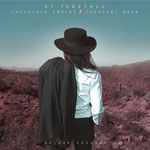 
KT Tunstall achieved pop success at a very young age. The Scottish singer-songwriter has now taken a step back from her recent works and debut and made a recording more akin to her KT Tunstall’s Acoustic Extravaganza. This is a much more subdued and sparse outing spotlighting a maturing artist who is growing more introspective. The album was recorded in Tucson with assistance from Howie Gelb at two very distinct time periods—thus the title. With her fifth full-length offering, KT Tunstall proves again she is an artist that gets better with each album. 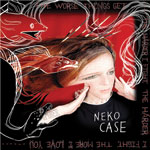 
Neko Case wastes no time with cutesy pop tricks. Unconcerned with her image, she once again delivers a forceful album that finds her at the prime of her solo career. Case has been around for 20 years and after stints with many groups and releasing countless solo efforts, she is just now coming into her own as one of the most respected singer-songwriters on the scene. On this Grammy-nominated album, Case writes great songs and provides a musical backing that’s melodic and tuneful with plenty of rock energy. 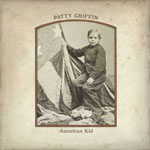 
For her first album of new material in three years, Patty Griffin makes a dramatic departure from her previous, gospel-tinged, spiritual exploration, Downtown Church. That album was recorded in Nashville, while this new album was recorded in Memphis. This tribute to her father is gritty and sparse. There’s a laid-back groove and also a dream-like quality to some of the songs. Griffin is again on a quest. Also, look out for her previously unreleased, Daniel Lanois-produced Silver Bell (A&M). The album was recorded in New Orleans and was originally intended as the follow-up to her debut; it contains a new mix by Glyn Johns. 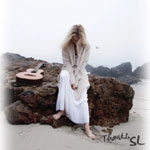 
Shelby Lynne, who didn’t care for the way record companies tried to shape her, continues to make music on her own terms since launching her own label. This five-song EP is her fourth recording on her independent label. Lynne continues to shine on the singer-songwriter scene. She is never content to be pigeonholed and on this, her first collection of all new songs in two years, she appears to be at a peace. Lynne has battled the expectations of the business, often with songs of frustration, but this almost gospel outing brims with and an openness that she has never expressed before.