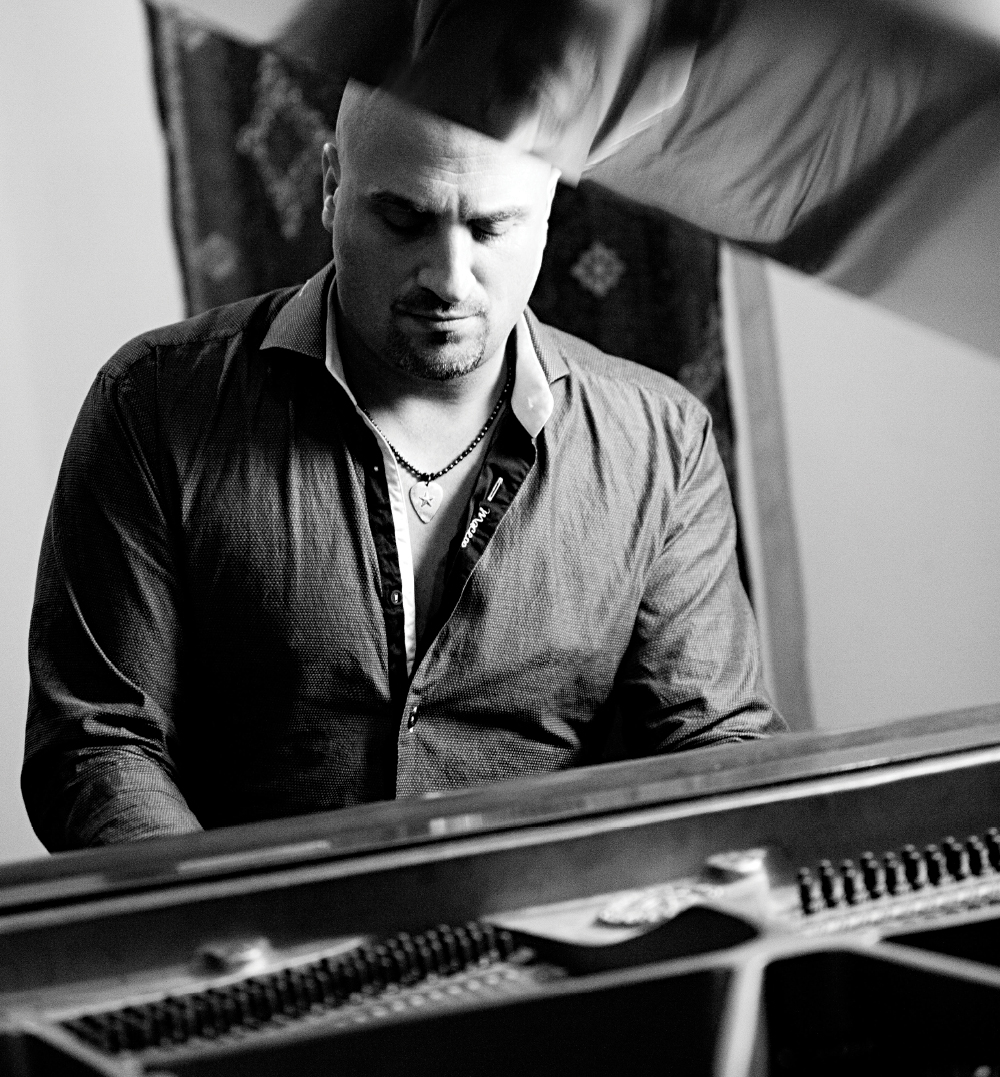 Mike DelGuidice was 15 years old when he started playing Billy Joel’s music, but he never imagined he’d be playing alongside him one day. Growing up on the North Shore, DelGuidice spent a lot of time watching Joel’s Live from Long Island concert video and hanging out in the music room at Miller Place High School where he practiced the songs of Joel, Elton John and Paul McCartney. “The only training I had in singing was from my high school vocal teacher and she was great,” recalled DelGuidice, now 43. “That’s where I really learned about harmony and certain pitch techniques.”

But church is where the spiritual DelGuidice acquired his piano chops. Already skilled on guitar and drums, DelGuidice decided to tackle the piano. “I was directing music for the youth group, playing the guitar and they wanted a piano player to fill it out,” said DelGuidice. “So I took the guitar over to the piano, went note for note and kind of figured it out for myself.”

This determination paid off when DelGuidice used his vocal jazz and piano experience to land a steady gig at the Port Wind Restaurant right out of high school. For 12 years he played covers in piano bars and was often told he sounded like his idol, Billy Joel. During this time he was also writing his own songs in hopes of getting a recording contract. But his uncanny similarity to Joel didn’t help DelGuidice land a record deal for his original music.

“In the early 90s record companies seemed like they wanted to find a reason not to sign you,” noted DelGuidice. “Like, ‘Oh, he’s the guy who covers Billy Joel.’ It definitely hurt it to a degree. They said my originals sounded too much like my influences and I didn’t agree. Then you get older, you listen back and you think, ‘You know what? They were right.’”

After a few other recording prospects didn’t pan out, the father of four realized he had to do something big musically or get another job to pay the bills. “I was struggling and I had mouths to feed,” said DelGuidice. “So when the tribute thing started to happen on the Island and I heard how well Ants Marching, the Dave Matthews tribute band, was doing, I thought to myself, ‘My God, I’ve been playing Billy Joel my whole life. Maybe I should focus on just doing that and put together a Billy Joel tribute band.’”

Big Shot played its first gig at the Village Pub in Port Jefferson in 2000. 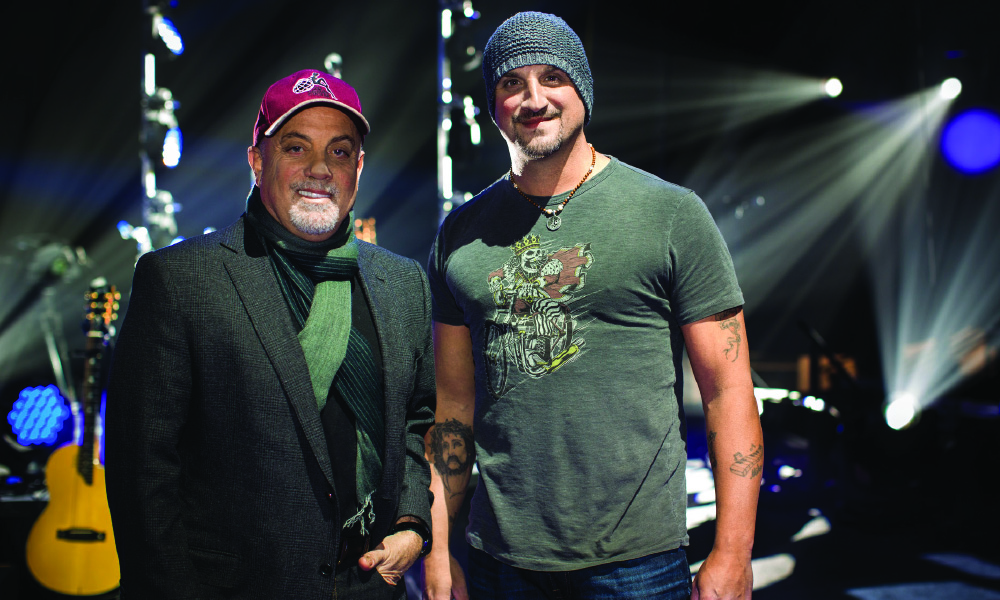 With DelGuidice on lead vocals and piano, it drew big crowds from the start. By 2011, some of Big Shot’s members were burnt out from playing over 100 gigs a year. DelGuidice’s solution was to call Billy Joel’s long-time lead guitarist, Tommy Byrnes. “Billy was off the road so it was a good time to ask guys to play—when they’re hungry and they’re looking for work to keep them fresh,” said DelGuidice. “We knew each other from years ago and Tommy immediately said yes.” Before too long, Joel’s drummer, Chuck Burgi, followed suit and joined Big Shot. Joel’s past and present saxophonists, Richie Cannata and Mark Rivera, and musical director/keyboardist David Rosenthal also play periodically.

Byrnes and Burgi joined regular bassist Nick Dimichino, keyboardist Carmine Giglio and saxophonist John Scarpulla in filling out Big Shot’s lineup and DelGuidice continued to make a living singing songs like “You May Be Right,” “A Matter of Trust,” and the epic “Scenes from an Italian Restaurant.”

“‘Scenes’ is my favorite,” said DelGuidice. “It’s challenging, it’s got everything a great song should have. It was written in the days where you didn’t have to have a three-minute song on the radio. You could actually be a songwriter and experiment.”

When Billy Joel decided to do a string of UK shows last year, Byrnes and Rosenthal pitched the idea to have DelGuidice stand-in for Joel at rehearsals. Joel agreed to bring in “Mike from Big Shot” and, three days into the rehearsals at The Paramount, DelGuidice was asked if he had a passport and could play Joel’s catalog on acoustic guitar.

“We rehearsed without Billy for the first three days and the band sounded really tight,” recalled DelGuidice. “When Billy showed up, he asked me to play a little guitar and sing during the rehearsal. Then later that afternoon he asked to talk to me alone. We walked into the back behind the curtain and he asked me to go on the road.”

Beyond being excited to play acoustic guitar and sing behind his musical hero, DelGuidice was also worried the band might not like him enough to keep him on the tour. But a hometown show at The Paramount helped ease the anxiety.

“It was surreal.” said DelGuidice. “It was a real nice validation of what I’ve done. It’s always different when you’re part of a band with Billy Joel. As a songwriter, an artist, I would not aspire to be like anyone more than him. So it’s a homerun for both my musical career and as an artist.”

But the defining moment that helped DelGuidice settle in was when Joel asked him to stay on board after the UK gigs. And playing some big arenas abroad helped prepare him for the crowds at Madison Square Garden where Joel now has a residency.

“It just doesn’t get bigger than the Garden,” said DelGuidice. “That’s the Mecca we as musicians strive…to get to. I had seen Billy at the 12-12-12 Sandy Relief concert, so it was incredible to be like, ‘Wow, I was watching from up in this section and now I’m on the stage.’ I got very affected emotionally at that moment.”

DelGuidice continues to try and balance his musical career with his songwriting. Big Shot has been getting more booking inquiries since he joined Joel’s band and DelGuidice would like nothing more than to take the shows to a Beatlemania level in honoring the Piano Man. But his two original cds have also been selling well at Big Shot gigs and on iTunes. Could there be yet another chapter in his cinematic story?

“This is a great spot that I’m in and I’m blessed just to be here,” said DelGuidice. “If anything else happens from it with my own music of course that would be the ultimate. But, as a musician, I’m living the ultimate dream now being able to play with Billy because his songbook is the best.”