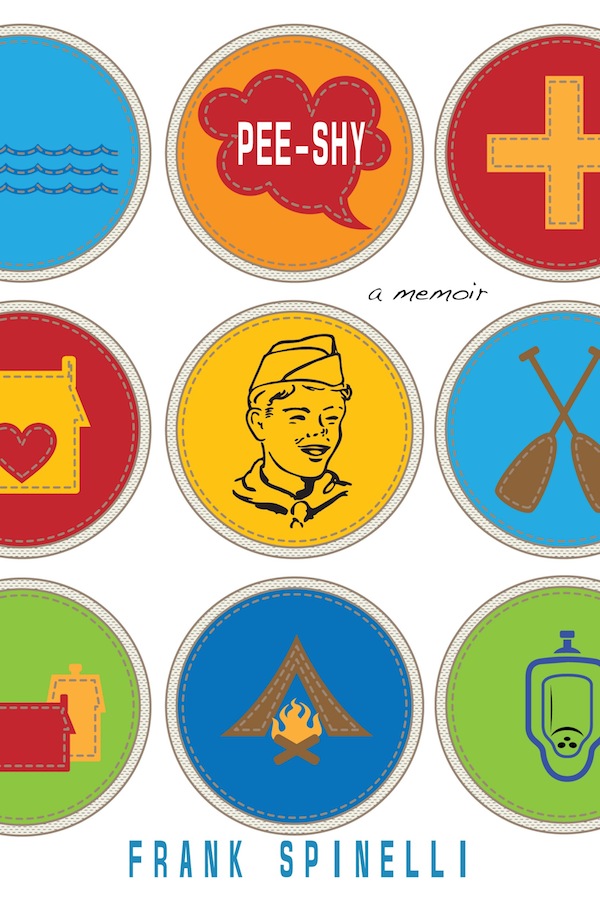 Sometimes, you wish you had a better memory.

You would never, for instance, forget appointments. You could tell better jokes, win more arguments, save more money. You’d remember faces of the people you met and events that happened when you were too small for it to matter.

Then again, as you’ll see in the new book “Pee-Shy: A Memoir” by Frank Spinelli, some things you’ll wish you could forget.

When he just an eight-year-old, Frank Spinelli received a toy medical kit as a gift, and decided on the spot that he wanted to be a doctor someday. It was a surprise, therefore, years later, when he flunked out of college, his scholarship gone with his dreams.

Taking the advice of a friend, Spinelli began therapy to explore the reasons for his dark life and med-school failure. The answer, as it turned out, was easy…

It started when Spinelli was just eleven years old, overweight, bullied, sports-hating, and a frustration to his Italian parents, who pushed their son into Scouting.
Spinelli hated Scouting, but he admired the area’s Scoutmaster. He liked Bill, and he knew that Bill liked him. Bill took Spinelli out for ice cream, and to do errands. He invited Spinelli over to his house for what Bill called “boy bonding.” When Spinelli eventually told his parents about this molestation, very little was done and even less was said.

Fast forward: back on track, Spinelli achieved his dream of becoming a doctor. He opened his own practice in New York and grew his clientele. He seemed like a successful, happy gay man, but old issues still plagued him: sometimes, he couldn’t empty his bladder. Configurations of bathrooms mattered. Other occupants mattered. Urinals were mostly off-limits. It was a remnant of his abuse, and he’d learned to deal with it.

And then, old memories began to float forward. Small reminders nagged at Spinelli. He found a book written about Bill, and learned that Bill had adopted a son. That opened a floodgate of images and questions.

So Spinnelli picked up the phone and called the man…

Is your jaw on the floor yet? I know mine was as I followed author Frank Spinelli on his incredible journey in “Pee-Shy.”

With steady strength and a rare kind of candor, Spinelli writes of a childhood filled with bullying, embarrassment, and curiosity for forbidden (girl’s) things. It’s almost a relief as this formerly-outcast kid lets us see him become a successful adult – and yet, it’s a mixed bag, since we’re then privy to his falling apart, his self-doubts, and frustrations that his body reacts as it does, now that it’s safe. None of this is easy to read – it’s a squirmy book, for sure – but what makes it worthwhile is the sense of courage and closure that the ending allows.

Be aware that there are some explicit bits to this book, but it’s appropriate and not gratuitous. If you can handle that, though, then “Pee-Shy: A Memoir” is a book that’ll surely stick in your memory.