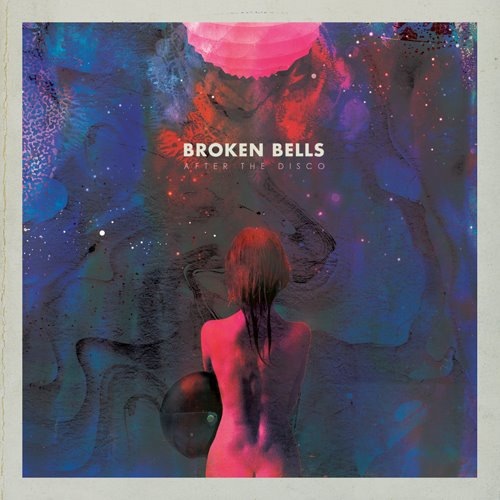 Broken Bells consists of The Shins vocalist/guitarist James Mercer and producer/multi-instrumentalist Brian Burton, aka Danger Mouse. If you saw the band perform on The Tonight Show Friday night, you might have expected Justin Timberlake and Jimmy Fallon to come out and join them for an SNL Bee Gees skit. That’s because, vocally, the single “Holding On for Life” sounds very Bee-Gees-esque. But the general sound on Broken Bell’s sophomore album, After the Disco, is not related to its namesake. As Burton told Stereogum:

“We just thought After The Disco was a cool sounding thing. Kind of: ‘After the party is over with, there’s the rest of your life.’ It was simple enough to us, and we never thought anyone would ever think our music was disco because if you listen to it, it’s just not. But, of course, our first single sounds a little like the Bee Gees, so we kind of screwed ourselves into having to talk about that… it adds up to something to think about.”

The album, recorded with the 17-piece Angel City String Orchestra and a four-piece choir, has elements of indie, soul and space rock. And songs like the title track and “Holding On for Life” have an old-school psychedelic 70s feel. Even the series of short films starring Kate Mara that predated the album’s release have a retro-futurist vibe. So if you’re in the mood for an ambient, space-age disco experience give it a listen.

Somehow in between Shins records and the production of Black Keys and U2 projects, the duo has found time to go on the road. They’ll be returning to NY in June for the Governors Ball Music Festival on June 6, 7, and 8.