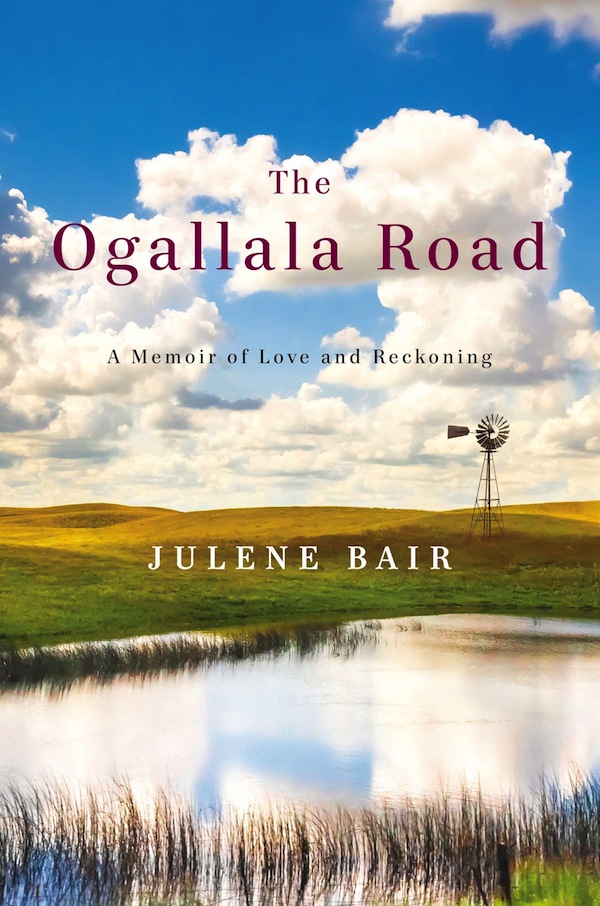 That’s all you’re thinking when you’re thirsty. A chilly glass, sparkly ice, and a fresh tap that requires little more than a turn for relief. It’s a simple thing, really, but imagine how much your great-grandma would’ve appreciated it.

Now imagine what your own great-grandkids might do without readily available water. And then read “The Ogallala Road” by Julene Bair.

Four thousand feet above sea level, the High Plains in western Kansas sometimes feel as though they touch the sun. That’s the area where Julene Bair’s family had farmed for a century – and before them, it’s where the Cheyenne traveled the Ladder of Rivers, and fought for the land. It’s where the Ogallala Aquifer has nurtured the Earth for thousands of years.

As the only girl in the family, Bair was discouraged to work on the farm, but she knew its contours, its springs, sands, and the taste of water from a well. As a child, she was also distantly aware that the aquifer wouldn’t last forever. Her father knew it too, but figuring that the government was keeping watch, he tapped it to irrigate his corn crops.

Time passed and, like many farm kids, Bair left the farm but returned often. Between visits, she had several relationships and a son before returning to try farming again in earnest, but she wasn’t happy. She moved to Iowa, then Wyoming but the land tugged at her soul – as did a man she’d met, who lived closer to Kansas than to Laramie, and with whom she was deeply in love.

But romance, like water, evaporates and life changes. Bair’s brother, who’d been running the farm since their father’s death, wanted out. Bair’s mother was willing to relinquish her family’s lands, and government officials released a claim that the farm’s wells were depleting at a faster-than-expected rate.

With her father’s demand (“Hang on to your land!”) running through her head, Bair became somewhat of an activist. Was it possible to farm prairie without chemicals, irrigation, or interference? Moreover, would her family be the last to use water from an aquifer about to run dry?

Though it can seem a little confusing at times, “The Ogallala Road” is surely one of the most beautiful books you may ever read.

Author Julene Bair writes so evocatively of the land she loves that you can almost feel the wheat stubble under your feet and dust on your face. Her descriptions, in fact, make you want to drop everything you’re doing and go lie in the grass to savor the serene feeling she lends her readers.

But then we read about the depletion of the Ogallala and zing! there goes the Zen. Bair is saddened and outraged, and her subtle call to action could get readers fired up. Add in a makes-you-smile romance and, well, how can you resist?

For conservationists, romantics, or anyone who wants a soul-soothing read, I don’t think you can afford to pass this memoir up. For you, “The Ogallala Road” is a book to tap into.