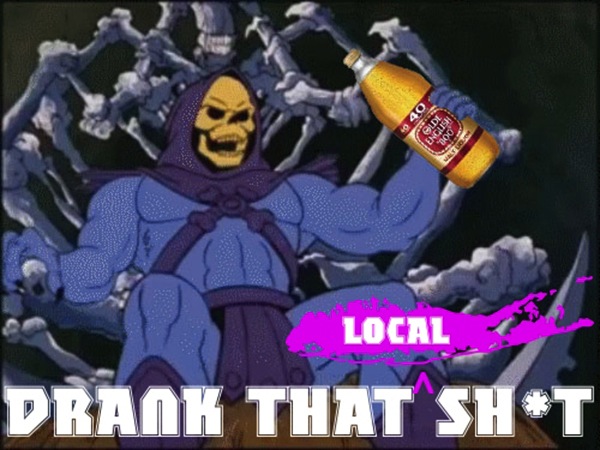 Drank That Local Sh*t explores the nitty-gritty of Long Island-born beers, with assistance from their creators. 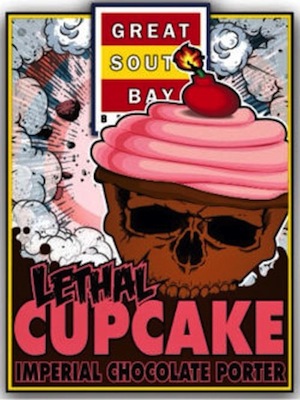 Narrator: A covey of cupcakes penetrate Niko Krommydas’ mouthhole, secreting chocolate-heavy globules into the skin-encased recesses of his Esophagus…

“Lethal Cupcake is semi-sweet and chocolatey with, perhaps, accompaniments of cola and black licorice,” I say, reciting with the thespianic proficiency of Samuel “Screech” Powers. The script is crayon-scribbled on a napkin from Sizzler.

“Your bicep seems flaccid,” says The Director. “Your character must secrete machismo from every orifice. He is the personification of α. If, for example, we are threatened with an attack from Lisa Kudrowne Warfare, your character is our only… [inaudible] I don’t know which bicep, but I need more bicep.”

[New Tab: Mother Asks Child To Do Homework, You Won’t Believe The 136 Epic Responses From Child!]

Bonus DVD Commentary: “I exist between the interzones of bloggery and unbloggery,” I say, “where the roastiness lingers beneath a sepulcher of pulsating dustfarts.”

“Lethal Cupcake is the nickname of a special someone in my life who is both warm and fuzzy, yet packs a walloping punch: my 10-year-old daughter, Marris. It was just her birthday last week, so I consider this beer to be a special gift to her. Marris is now a blue belt in Japanese karate at Heijoshin Dojo in Bay Shore, and as angelic and delicate as she might appear, she’s a fierce competitor who finishes her opponents off with ease—all while smiling with a gleam in her eye, of course.

For fun, we decided to create a science fiction-inspired story on the side of the 22-ounce bottles about mutant, man-eating cupcakes. I’ll save the rest of the story for when you get your bottle.

As for the beer, a blend of chocolate and English dark crystal malts give this brew its chocolate cupcake characteristics: a deep brown color, and aromas and flavors of toasty, rich cocoa and malty caramel. As an homage to our forefathers, we also threw in some brown malt, a variety now nearly extinct yet obligatory in classic porters of the early 20th century. While the brown malt lends another unique roasty taste and complexity to this beer, chocolate is the main flavor here—a clean and rich chocolate, which is balanced and bittered by East Kent Golding and Bravo hops.” [Rick Sobotka, owner and brewmaster of Great South Bay Brewery]