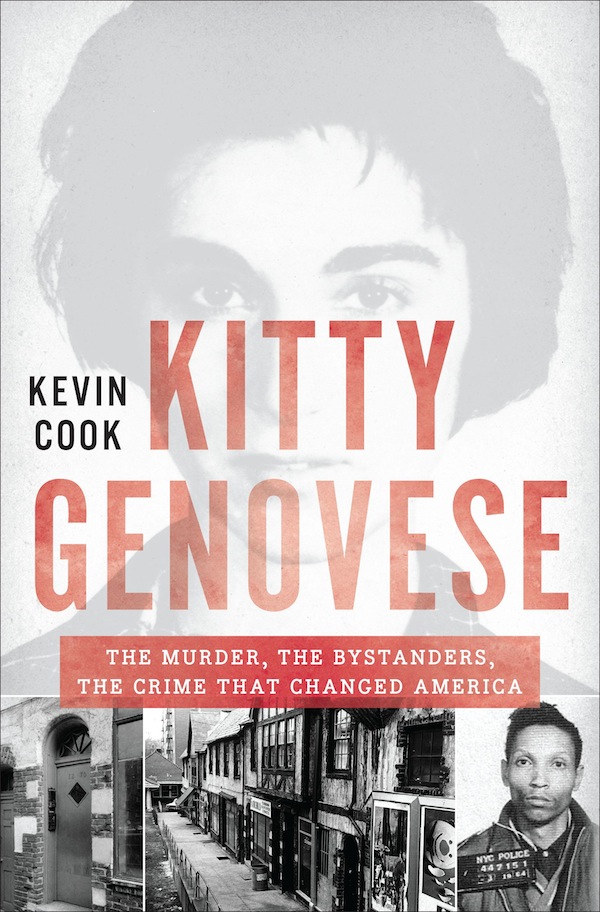 That’s because your mama taught you to help others: you hold doors for stragglers, lend your ear, dispense advice, volunteer, donate, and keep an eye on your neighbor’s house. Really, it’s no big deal.
You’re a good helper, but how involved do you get in other people’s matters? Read “Kitty Genovese” by Kevin Cook, for example, and ask yourself what you’d do if you heard a murder.

By all accounts, Catherine “Kitty” Genovese was a nice girl with a great smile and a generous spirit. As the manager of a local bar near her Queens, New York neighborhood, Kitty was trustworthy, good with customers, and was known to loan money to regulars in need. She made friends easily and was an “adventurous, troubled but optimistic, hard-working, fast-driving, living, breathing person…”

It was just after 3am that morning and Kitty was on her way home to the apartment she shared with her girlfriend, Mary Ann Zielonko. Most people thought they were just roommates and, though it wasn’t quite the truth, the women let others believe it because it was safer. In 1964, homosexuality was still illegal.

She was in her beloved red Fiat and was driving fast, as she usually did. Perhaps because of the hour, Kitty didn’t notice that she was being followed.

Quiet, soft-spoken Winston Moseley had done something noteworthy for a Negro man in 1964: he’d purchased a house in an up-and-coming, mostly white neighborhood where he and his wife, Betty, were raising their boys. Between his good job and Betty’s salary, they were relatively well-off but Betty sometimes worried about Winston. He was an insomniac and liked “just thinking.” What she didn’t know was that he was “thinking” about killing.

In early March 1964, Moseley committed the “particularly gruesome” murder of a black woman, then calmly went to work. He wondered if killing a white woman would be any different. Two weeks later, while driving around, looking for a victim, he spotted a little red Fiat and had a “compulsion” to find out…

You might be asking yourself what’s so unusual about a fifty-year-old crime. Author Kevin Cook will tell you as he takes you on a journey through the early 1960s and a death that literally impacts everyone in North America today.

But that’s not all you’ll read in “Kitty Genovese.”

Cook reminds us in many ways that Genovese was more than just a victim, that she was a real person who loved life. On the flipside, we meet the neighbors who supposedly ignored her cries and we’re shown the slow making of a “monster” who seems chillingly without conscience. Cook uses these parallel stories to illustrate what happened as he busts myths that still linger to this day.

There are outrageous surprises in this book, some heartbreak, and passages that are grisly enough to make anyone squirm. But if you’re a true-crime fan or you love good storytelling, “Kitty Genovese” is a book you can’t help but devour.