Releases to chase the raindrops and clouds away

Eliane Elias
I Thought About You: A Tribute to Chet Baker
(Concord Jazz)


Eliane Elias continues to make accessible Brazilian music. On her most overtly jazzy album in years, Elias reminds us that trumpeter Chet Baker was more than just one of the kings of West Coast jazz and bop, he was also an acclaimed vocalist. Baker’s tortured, anguished vocals were less romantic crooning and more the broken-hearted lament of a man battling many addictions. Elias finds the humanity and heart in Baker’s interpretations of these American songbook standards and makes them her own. 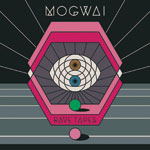 
On its first studio album in three years, the Scottish band returns with its most mature outing. Unlike others who dwell in the world of electronica, Mogwai can transition from UK rock to ambient soundscapes with little effort. The group eschews the hollow, repetitive beats that hamper most celebrity club DJs, making music better suited to the after-party chill lounge than a rave. The album is also in the early running for containing the best song title of the year: “No Medicine for Regret.” 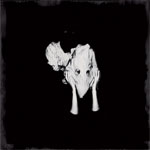 
The trip from Brazil to Scotland to Iceland may seem like a long way to go, but on their latest album Sigur Rós delves into a tortured world to create music of pure beauty. The album, which features a cover photo by Brazilian artist Lygia Clark, contains dissonant rhythms, wailing vocals and incomprehensible Icelandic. But it rewards listeners with a sound that seems like a natural progression from Radiohead. (There are also moments that recall U2 and Coldplay.) Lineup changes continue for this cult band and a new, more aggressive Metal Machine Music-feel kicks off this superb follow-up to Valtari from 2012. 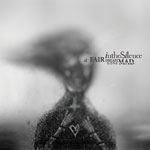 Ásgeir
In the Silence
(One Little Indian)


With all the success of Björk, Sigur Rós and former Sigur Rós member Jonsi, another Icelandic artist is attracting attention. Ásgeir (Trausti) has taken Iceland by storm. His sound is less electronic and challenging than the aforementioned artists, and is more easily compared to the otherworldly soundscapes of Bon Iver and James Blake. Although Ásgeir does not make folk music per se, he does borrow from ancient folk traditions to add an element of timelessness to his songs. 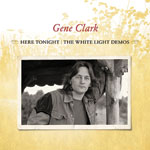 
2014 may become the year of the Gene Clark revival. Along with the interest spurred by the documentary The Byrd Who Flew Alone and shows marking the anniversary of his 1974 cult album No Other comes this collection. These demos reflect Clark’s post-Byrds period and his first foray into solo work as part of a two-album deal with A&M. Some of these demos have been issued before and upon hearing these simple acoustic songs, one can easily detect how Clark could take the sparsest instrumentation and lyrics and imbue them with so much melody and beauty.